Marissa Doyle graduated from Bryn Mawr College and went on to graduate school intending to be an archaeologist but somehow got distracted. After working in a nursing home, in fundraising, and as a stay-at-home mom, she finally figured out what it was she really should be doing (apart from the mom part), and started writing a romance novel. Three books later a perceptive contest judge told her that her story would make a great young adult book, and she hasn’t looked back since.

Her young adult books Bewitching Season, Betraying Season, and Courtship and Curses, all from Henry Holt Books for Young Readers/Macmillan, blend history (remember that archaeology background?) with a dash of magic and a heaping tablespoon of romance, and have won multiple awards and recognition in both the romance and children’s literature worlds. She lives in her native Massachusetts with her family, including a bossy pet rabbit, and loves making quilts, sailing, and antiques.

Where to find Marissa Doyle online 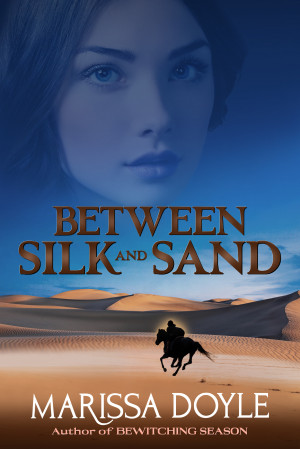 Between Silk and Sand by Marissa Doyle
Price: $4.99 USD. Words: 91,930. Language: English. Published: July 31, 2018. Categories: Fiction » Young adult or teen » Fantasy, Fiction » Young adult or teen » Romance
A spirited, book-obsessed princess on her way to marry the ruler of a far-off land is halted a mysterious young warlord biding his time in a cursed desert wasteland. What starts with anger and mistrust will become a love that will change their world. 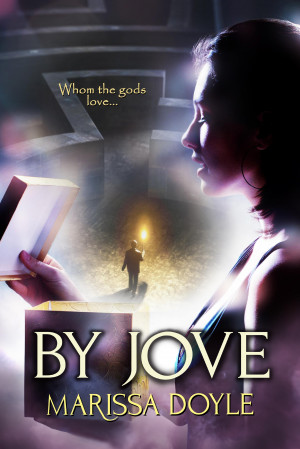 By Jove by Marissa Doyle
Price: $4.99 USD. Words: 87,290. Language: English. Published: May 7, 2018. Categories: Fiction » Fantasy » Urban, Fiction » Romance » Fantasy
Grad student Theo Fairchild is working on her Ph.D. in Latin. But nobody in the department is who they seem: her arrival rekindles an ancient rivalry between two powerful enemies, and Theo herself must avoid being the prize. After she unwittingly betrays her love to his oldest foe, she’s determined to rescue him—and herself— before it’s too late. Because even gods can die—or wish they were dead 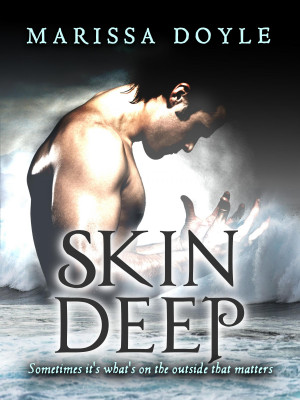 Skin Deep by Marissa Doyle
Price: $4.99 USD. Words: 83,840. Language: English. Published: May 7, 2018. Categories: Fiction » Romance » Paranormal, Fiction » Fantasy » Contemporary
Just-divorced quilter Garland Durrell rescues badly-wounded Alasdair, not knowing he’s a selkie lord fighting an ancient evil—nor that he’ll heal her battered heart. But the evil that attacked Alasdair is determined to destroy him. Only Garland and her quilts, made with a magic she doesn’t understand, can save him—and Cape Cod—from destruction. 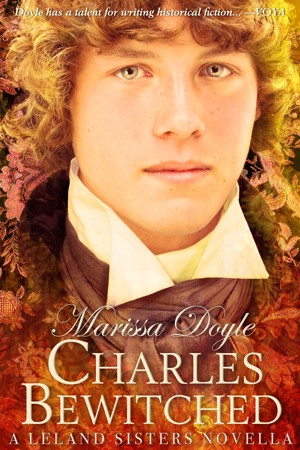 In this companion to Doyle's popular Bewitching Season, the Leland Twins' younger brother Charles, on his summer holiday from Eton, must rescue his sister Persy when she is kidnapped by a fairy lord...but will he lose his own heart to the lord's charming younger sister?

You have subscribed to alerts for Marissa Doyle.

You have been added to Marissa Doyle's favorite list.

You can also sign-up to receive email notifications whenever Marissa Doyle releases a new book.