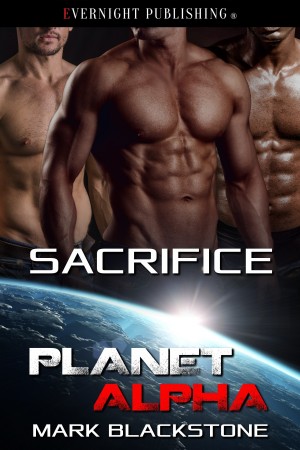 Sacrifice by Mark Blackstone
Series: Planet Alpha. Price: $3.99 USD. Words: 25,420. Language: English. Published: September 27, 2016 by Evernight Publishing. Categories: Fiction » Erotica » Gay Erotica
Atlas, a human survivalist, left his home and traveled to the tropics to get away from everyone. That's where he met Vega, the Alphan conservationist who's been saving endangered animals. They become bondmates and live happily on Earth. Until Vega receives a distress call from Alpha. His baby sister is dying and needs a bone marrow transplant from him. 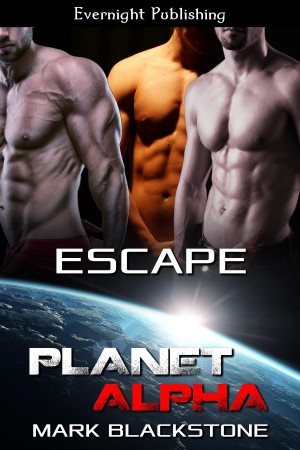 Escape by Mark Blackstone
Series: Planet Alpha. Price: $3.99 USD. Words: 25,510. Language: English. Published: January 12, 2016 by Evernight Publishing. Categories: Fiction » Erotica » Gay Erotica
When the notorious Alphan fighter pilot, Avollo, is captured in battle, he's expecting to be transferred to a military prison, so when he arrives at a civilian Xyran prison on a remote jungle moon, he knows he's in trouble. He's surrounded by his enemies, and he knows his only chance of survival is escape—and quickly.

You have subscribed to alerts for Mark Blackstone.

You have been added to Mark Blackstone's favorite list.

You can also sign-up to receive email notifications whenever Mark Blackstone releases a new book.