Mark F Cain is a man obsessed with horror and fantasy TV and movies and is often tinkering with some new technology, is married with 3 children and a large paint and brush collection, and is quite unbearably happy with most things, with the exception of whoever came up with the 24 hour clock - it doesn't provide enough hours in a day. 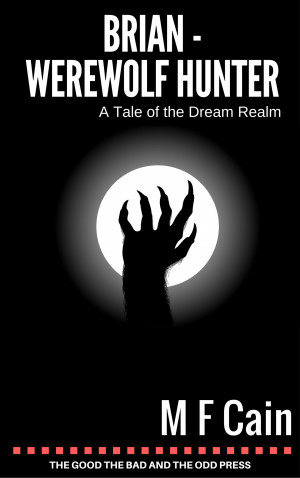 Brian Werewolf Hunter by M F Cain
Price: Free! Words: 11,780. Language: English. Published: March 4, 2018. Categories: Fiction » Children’s books » Fairy tales & fables
Brian is a boy who loves horror movies, books and TV. During sleep, he goes to a place called The Realms, to play with friends who live in a woodland village. But one day the children of the village disappear, and strange half-man half-wolf tracks are found, and it's up to Brian to use his knowledge of werewolves and their ways to help a warrior hunt down the werewolf and find the lost children... 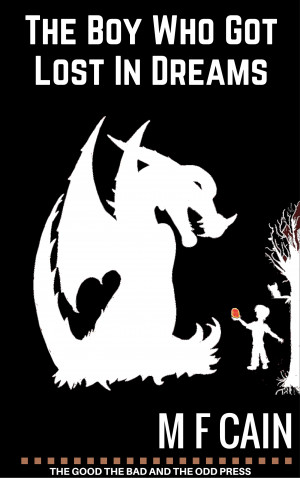 The Boy Who Got Lost In Dreams by M F Cain
Price: $0.99 USD. Words: 52,010. Language: English. Published: March 4, 2018. Categories: Fiction » Children’s books » Fairy tales & fables
Tom Apple falls into a Dream Machine and appears in The Realm, a place where dreams become real. He encounters monsters, a dragon, a golem, and a band of warriors, as he is pursued by a powerful enemy, The Dark Lord. He finds himself in a mighty battle as the Dark Lord seeks a map Tom holds that will allow the Dark Lord to recreate the Realm in his own image… Can Tom stop and his friends stop him?

You have subscribed to alerts for M F Cain.

You have been added to M F Cain's favorite list.

You can also sign-up to receive email notifications whenever M F Cain releases a new book.