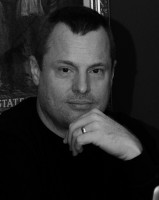 Mark grew up in Cincinnati, Ohio, where he still lives with his wife and family. In addition to writing fiction, Mark is a software developer and professional pilot. He also works part-time teaching people to fly airplanes.

When not behind a desk, Mark enjoys flying, cave diving, running, and biking.

Do you remember the first novel you ever read, and the impact it had on you?
I was in third grade. One night I couldn't sleep, so, like many eight and nine year olds do, I got up and found my mother to tell her I couldn't sleep. I was probably looking to stay up and watch TV with her, but it was after my bedtime on a school night, so that wasn't going to happen.

My mother is a huge reader. She's one of those people who goes on vacation with two suitcases: one for clothes and one for books. She had taken the Evelyn Wood speed reading course when she was in nursing school, and generally reads most novels in a couple of hours. The result is that she has a huge library.

So instead of letting me sit up and watch TV with her, she told me that I should read to help myself fall asleep. She took me over to one of her bookshelves and helped me pick out a book to read. There were probably close to two hundred paperbacks on this shelf.

Jump back to when I was six. The movie Jaws came out that summer. I remember the older kids in the neighborhood talking about the whole summer. So a couple years later, I'm going through the books on this bookshelf, and I find the Peter Benchley novel of Jaws. Naturally, I picked that one to read.

I read a little bit every night, eventually finishing it (and oddly enough, it didn't give me nightmares). I discovered that I loved reading, especially at night when I was lying in bed. When I finished one book, I would search through my mother's library and find another one. I discovered a lot of authors from my mother, including Tolkien, Clarke, King, and Straub.

After that day, I hardly ever went to bed without a book until I was older.

But the other thing it did was spark my interest in creating my own stories. When I was eleven or twelve, I tried to write my own version of The Hobbit. I spent more time drawing a cover using crayons than I did writing, but I did write a few pages. I wrote a lot of science fiction when I was younger. Ray Bradbury was a big influence on that, especially his short story "A Sound of Thunder." I still love that story.
What do you read for pleasure?
I read a lot of different genres. My favorite author is still Stephen King. I'll read just about anything he writes at least once. I read other horror authors too, though I tend to like books that are more about the fear than the gore. Sometimes the nature of the story makes that unavoidable, but I don't want to read about how some guy's intestines slither out of the slice in his belly. I want to read about how he feels as his intestines fall out on the floor.

Sci-fi used to be my favorite genre. Bradbury, Heinlein, Clarke especially. The problem I have with most sci-fi these days is that it's too much about the technology and not about the story. Good sci-fi should be about the people. The environment is window dressing. So these days I'm reluctant to pick up a sci-fi book unless someone recommends it to me. My own sci-fi writing is like that. I like to tell stories about people. Crashing them on an alien planet is just a way of setting the scene. My sci-fi stories are rarely about spaceships and aliens, even if they look like it at first glance.

I've always been into Fantasy, ever since I read The Hobbit. I remember trying to read Lord of the Rings when I was in fourth grade. I just couldn't get past the second chapter. But then I read the Chronicles of Narnia, and the Earthsea series, then reread The Hobbit. The next time I picked up Lord of the Rings, I was able to finish it. Growing up, I always had a fantasy novel or series on my reading list. I lost interest in the genre for a while, but the movie versions of the Naria books and Lord of the Rings got me back into it.

I read a lot of thrillers too. I love Lee Child's Jack Reacher books. I've read all of Tom Clancy's Jack Ryan books, and enjoyed every one of them. I like some of James Patterson's work. To me, a good thriller is like good sci-fi. It's not about what craziness the characters get into so much as it is about how they go about solving the problem. Gun fights and car chases are to the thriller genre what spaceships and aliens are to sci-fi: window dressing to set the stage for your characters to be heroes.
Read more of this interview.

Where to find Mark Dame online

The Militiaman of Garthset
Price: $2.99 USD. 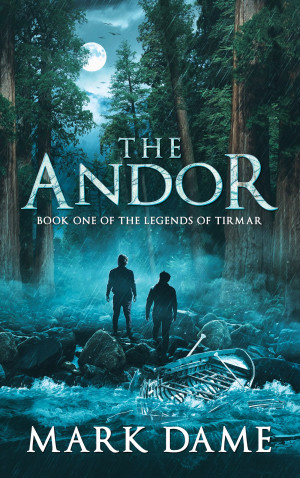 The Andor by Mark Dame
Series: Legends of Tirmar, Book 1. Price: $2.99 USD. Words: 92,450. Language: English. Published: May 14, 2018 by FutureLine Press. Categories: Fiction » Fantasy » Epic, Fiction » Adventure » Action
Flyn and Kel discover a land they never knew existed. A land once ruled by an ancient evil that has almost been forgotten over the centuries. Now that evil has returned intent on once again enslaving the people of Tirmar. When Kel is captured by a band of orcs, Flyn must put aside thoughts of home and risk everything to rescue his friend. 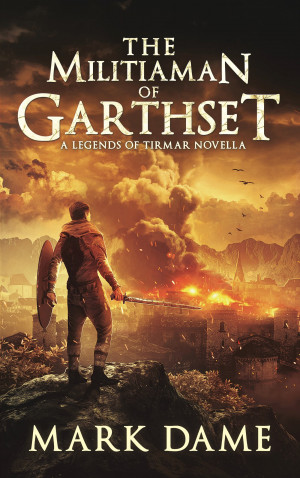 The Militiaman of Garthset by Mark Dame
Series: Legends of Tirmar. Price: $2.99 USD. Words: 29,660. Language: English. Published: January 31, 2018 by FutureLine Press. Categories: Fiction » Fantasy » Epic, Fiction » Adventure » Action
Randell has wanted to join the militia since Jarot's orcs took his family from him when he was just a child, but will his first mission be his last? 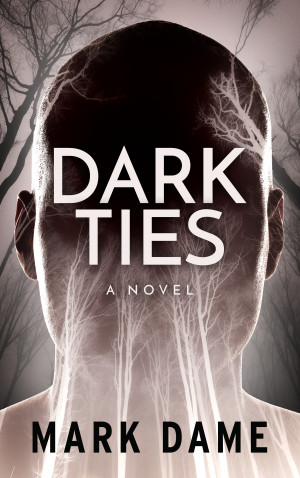 You have subscribed to alerts for Mark Dame.

You have been added to Mark Dame's favorite list.

You can also sign-up to receive email notifications whenever Mark Dame releases a new book.