It’s strange that “About the Author” pages are always written in the third person. Why pretend that someone else wrote this? I’m Mark D. Diehl. I write books.

I grew up in Iowa City, Iowa. I lived alone with my mom, who I will generously describe as unpredictable. Eventually everyone learns that life is unfair, but some of us figure out early on that usually it is made so by someone in a position of power. By the time I was twelve, I had a seething contempt for authority, and my heroes were criminals. After failing classes in junior high and high school, I somehow managed to attend and graduate from the University of Iowa.

Without money or family support, there was no way I could start my own business, but the idea of working my way up through the ranks of some company sickened me. South Korea was developing rapidly at that time, and I imagined that finding inroads to the economy there might allow me to become my own boss sooner than I would any other way. I took a job teaching English in Taegu, South Korea, which is where I met my wife, Jennifer. (The first year of our relationship, which culminated in our escape from her powerful family and Korean authorities, inspired my memoir, "Stealing Cinderella: How I Became an International Fugitive for Love.")

Korea’s hierarchical and authoritarian society both fascinated and terrified me. Its control over everyone there was so total and so brutal that Jennifer and I consider ourselves lucky to have escaped it. Ours is not so much a story of fighting against people as it is one of resistance to a system, one which I came to warily respect. In the Korean people, I saw strength and resolve that could only have developed over thousands of years of invasions and shortages, and I recognized that the parts I treasured most about my own culture had evolved in an environment of relative abundance. It became clear to me that the rigidity I struggled against was the very thing that made Korean society so efficient, productive, and strong.

In the years following our return from Korea, I went to law school at the University of Iowa and ended up practicing with a multinational law firm. There I recognized the same kinds of structure that I’d seen in Korea, with level upon level of hierarchy, stifled individuality, and institutionalized suspicion of anything different. Knowing I wouldn’t survive there for long, I attended a two-year graduate workshop in creative writing at the University of Chicago, where I began working on a dystopian science-fiction trilogy set in an oppressive, hierarchical future world whose supply of natural resources has nearly been exhausted. It's called "SEVENTEEN," and the first book is "The Book of Eadie."

Jennifer and I have lived for the last decade or so in Cape Elizabeth, Maine, along with our daughter Myra, a slew of rescued reptiles, and a one-eyed dog. I founded a local-centric business networking group here, hoping to help preserve the American respect for independence and individual will, and even ran for the Maine State Senate. I’ve now accepted that there’s no way to halt our society’s (and really, the world’s) momentum, so these days, I mostly sit by myself and write.

Please visit www.MarkDDiehl.com for a complete list of titles available from the author, including his Seventeen Trilogy, the dystopian science fiction series inspired by Mark’s experiences in East Asia. Interviews, photographs, reviews and press coverage are also highlighted on the website, as is Mark’s blog, through which he shares information about ongoing projects, book tours and more. 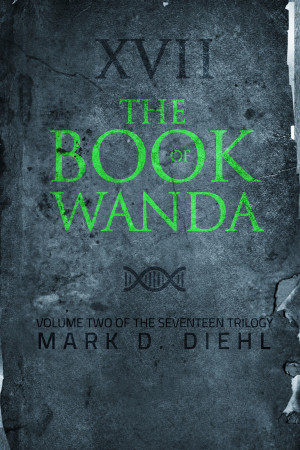 The Book of Wanda, Vol. Two of the Seventeen Trilogy by Mark D. Diehl
Price: $3.99 USD. Words: 131,770. Language: English. Published: January 1, 2019. Categories: Fiction » Science fiction » Utopias & dystopias, Fiction » Science fiction » Cyberpunk
Corporations own all remaining resources on Earth and control everything people need to live. Wanda, a laboratory worker and mother, is forced out of Amelix Integrations and dumped on the streets with other Departed. Like all corporate ambulatory workers, she has been conditioned for corporate compliance, but how can that background enable her to survive here in the Zone’s violent anarchy? 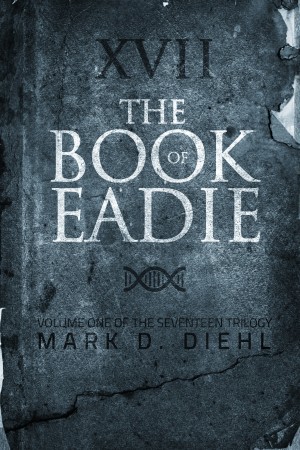 The Book of Eadie, Vol. One of the Seventeen Trilogy by Mark D. Diehl
Price: $3.99 USD. Words: 116,020. Language: English. Published: December 16, 2013. Categories: Fiction » Science fiction » Utopias & dystopias, Fiction » Science fiction » Apocalyptic
When corporations control the government, the food supply, and 17 billion minds, only the most obedient workers will survive. A homeless alcoholic known as the Prophet says Eadie, a young waitress, is the general who will lead a revolution. How can she and her followers prevail when they’re starving and hunted by a giant corporation and the Federal Angels it directs?

You have subscribed to alerts for Mark D. Diehl.

You have been added to Mark D. Diehl's favorite list.

You can also sign-up to receive email notifications whenever Mark D. Diehl releases a new book.