Mark Warford is an award-winning Director, Producer, Composer, Photographer and Author. From film and photography, to journalism, composing, directing, writing and producing, Warford has found substantial honor and acclaim from his peers.

As an activist and humanitarian, he has steered international expeditions and global awareness campaigns for the world’s largest NGO’s and proudly joined Bishop Desmund Tutu in being honored as a global environmental ambassador.

Highly acclaimed for his worldview creative work, and embracing a drive and determination to witness and communicate firsthand the important issues of our time, Mark Warford is a CLIO award-winner whose unparalleled career path has included roles directing creative and communications operations for some of the world's largest news and environmental organizations - both in the field and in the boardroom.

As a result of his determined effort to bring the most pressing social issues of our time - such as global poverty, mass incarceration, the continued slaughter of whales in the southern ocean, climate change, and environmental health and justice - to the widest audience possible, Warford has written, directed and produced alongside many notable international artists, such as Sir Anthony Hopkins; celebrated civil rights activist and global entertainer, Harry Belafonte; Eurythmics co-founder, David A. Stewart; platinum-selling British soul singer, Joss Stone; and His Holiness, the Dalai Lama.

As a senior director and member of the international program council of Greenpeace USA and Greenpeace International respectively, Mark Warford was engaged in a multitude of frontline environmental justice activities stretching from the Russian Arctic to the atolls of the South Pacific and beyond. As a primary documenter of environmental protest on issues ranging from nuclear testing to toxic trade to climate change, Warford acquired a rare and valuable insight to the plight of the natural world, often witnessing firsthand the severe and irreversible impact of humanity’s wrongdoing.

To honor his commitment to raise awareness of the ongoing impacts of global warming, in 2009 Warford was elected as a '100 Places' Global Climate Ambassador, joining the aforementioned Archbishop Desmond Tutu, along with Australian Minister for Environment Protection, Heritage and the Arts, Peter Garrett, Rajendra Kumar Pachauri chair of the Intergovernmental Panel on Climate Change (IPCC) and Danish Actress Connie Inge-Lise Nielsen.

In March 2016, ‘Sky Blue Sky’, a novel by Mark Warford, was published by Cry Desert Books, Inc. The novel’s narrative arc is focused exclusively on events pertaining to the issues of human trafficking. A dramatic screenplay is currently in production.

From 2003 - 2012, Mark Warford acted as Chair of the Board for Crude Accountability, a Washington DC-based non-profit organization working to alleviate human rights injustice primarily in Eastern Europe and Russia, and in the Caspian Sea basin to protect the region's natural environment and to ensure environmental justice for communities impacted by natural resource development.

Behind the lens, Mark Warford is a highly acclaimed photojournalist (published internationally in periodicals that include National Geographic, Time, Newsweek, Sydney Morning Herald, The Independent, and the Washington Post) and cinematographer and video journalist broadcast throughout all of the world’s major news networks. He has directed business development initiatives for global news provider, Agence France Presse, and ascended to the post of Managing Editor for the international image producer and aggregator, Getty Images.

Where to find Mark Warford online 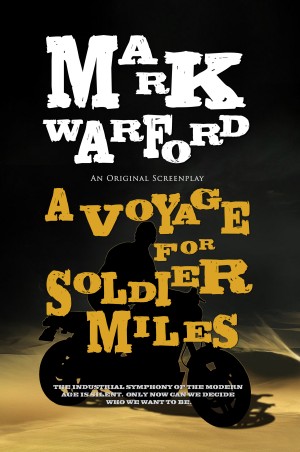 A Voyage For Soldier Miles by Mark Warford
Price: $1.99 USD. Words: 30,210. Language: English. Published: March 16, 2016. Categories: Screenplays » Action Adventure, Screenplays » Sci-Fi
The redemption of a returning soldier; the awakening of dormant world. The industrial symphony of the modern age is silent - only now can we decide who we want to be. 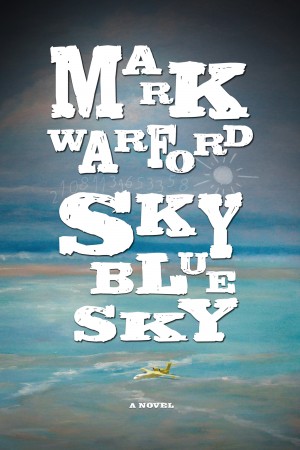 Sky Blue Sky by Mark Warford
Price: $1.99 USD. Words: 81,460. Language: English. Published: March 14, 2016. Categories: Fiction » Adventure » Action
Embrace neither dream, nor memory - slavery exists. And one man is about to make a difference. From the warm, opaline blue waters of the Caribbean, to the searing heat of the Sahara desert, Sky Blue Sky is a first rate, edge-of-your-seat thriller that scales the highest peaks of entertainment and awakening and love and adventure.

You have subscribed to alerts for Mark Warford.

You have been added to Mark Warford's favorite list.

You can also sign-up to receive email notifications whenever Mark Warford releases a new book.