Mark is a part time writer and full time Servant of the Public. His mid life crisis took the form of writing speculative fiction at a very slow pace. While sceptical of the results, his wife maintains that it was probably a reasonable course of action considering (1) the relative low cost of the exercise and (b) the cliched alternatives.

Mark lives in the inner west of Sydney Australia with his long suffering wife and two children.

Where to find Mark Webb online 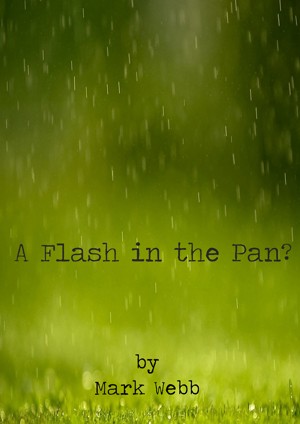 Ever wonder why aliens don't visit Earth? Or what coffee a demon likes to drink? Or how bureaucracy could really screw up a grand space adventure? A Flash in the Pan? is a collection of speculative flash fiction and short stories that answers these questions and more.

You have subscribed to alerts for Mark Webb.

You have been added to Mark Webb's favorite list.

You can also sign-up to receive email notifications whenever Mark Webb releases a new book.