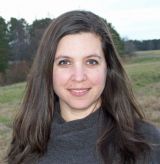 Marquita met her husband aka Hot Builder at Sonic when they were in high school. She suggests this location to all of her single friends in search of a good man--and if that doesn't work, they can console themselves with cheesy tatertots. She lives in North Carolina in a very, very small town with Hot Builder and their two children.

Where did you grow up, and how did this influence your writing?
I grew up in the northeastern part of North Carolina, near the coast. Well, all of my books take place in North Carolina-yes, I love my state that much <G>- and eventually, I'd love to have a series that takes place where I grew up.
What's the story behind your latest book?
My latest book, Just Desserts (Holland Springs #4), was purely reader driven. They wanted and asked for Sebastian Romanov's story. Due to the flexibility that Indie publishing allows, I was able to give it to them. I loved writing Just Desserts, and giving the hero a heroine that was his complete opposite in every way.

Sebastian's so very proper (he's an earl, after all) while Daisy Barnes is so open and sweet (she's the town's favorite baker). She's the comedienne and he's the straight guy. She calls him out on his world domination plans and he loves it, because no one else would dare. Yet, Daisy wouldn't ask him to change his very proper ways or world domination plans, and Sebastian wouldn't ask her to change her very sweet and open ways.

I think what made me giggle the most about this story was that *he* was the one to fall in love at first sight, not her. This uptight, matter-of-fact man-- who's also the CEO of a multi-billion dollar company-- falls head over heels for a shop girl and almost immediately sets to wooing her. Easey-peasey, right?

Not so fast...He can't do it as himself, because she's back with her ex, so he becomes virtual friends with her, and....well, I can't give away the entire story.

You'll just have to read Just Desserts to find out what happens next.
Read more of this interview.

Where to find Marquita Valentine online

You have subscribed to Smashwords Alerts new release notifications for Marquita Valentine.

You have been added to Marquita Valentine's favorite list.

You can also sign-up to receive email notifications whenever Marquita Valentine releases a new book.