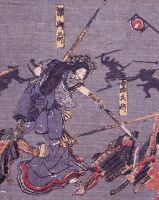 Where to find Marsha Altman online 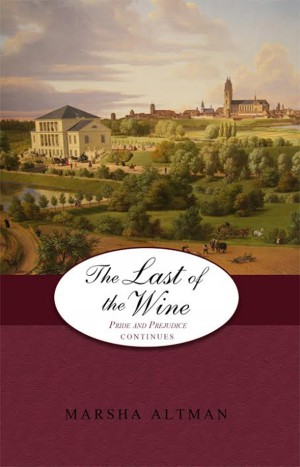 The Last of the Wine by Marsha Altman
Price: $6.99 USD. Words: 204,300. Language: English. Published: October 25, 2015. Categories: Fiction » Historical » Regency, Fiction » Historical » United Kingdom
The path to true love is not always straight. Edmund Bingley is trying to divorce when it takes no less than an Act of Parliament. His brother Charlie is in love with someone he can never marry. In Altman's tenth installment of The Darcys and the Bingleys, life has come full circle for the original clan, who has watched its children grow, make mistakes, and take responsibility for themselves. 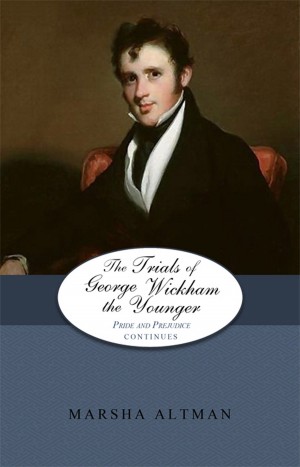 The Trials of George Wickham the Younger by Marsha Altman
Price: $6.99 USD. Words: 155,790. Language: English. Published: July 15, 2014. Categories: Fiction » Historical » Regency, Fiction » Historical » United Kingdom
Twenty-five years have passed since the death of the notorious scoundrel George Wickham, but his legacy carries on. His young son George must now make his way through a society where his father’s name is not unknown. In Altman’s ninth installment of The Darcys and the Bingleys, we find the young generation trying to find success in life and love as the past casts a long shadow on their present. 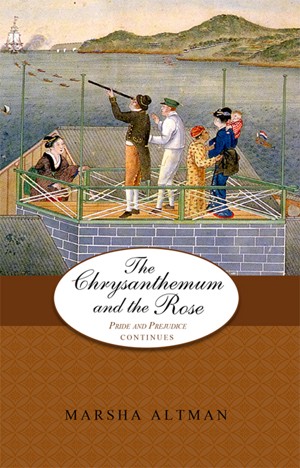 The Chrysanthemum and the Rose by Marsha Altman
Price: $6.99 USD. Words: 177,580. Language: English. Published: December 8, 2013. Categories: Fiction » Historical » Regency
There is peace in Derbyshire as a new generation of the Darcy family begins, but the younger Mr. and Mrs. Darcy set their sights far away, to Japan, an island nation closed off to all but a few foreigners. There they will travel to find Georgiana Darcy’s elusive former teacher, the wandering thief Mugin, so that she can finally complete her training. 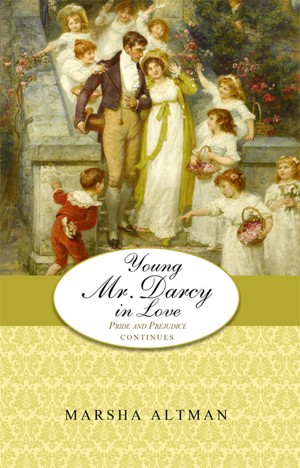 Young Mr. Darcy in Love by Marsha Altman
Price: $5.99 USD. Words: 120,770. Language: American English. Published: June 23, 2013. Categories: Fiction » Historical » Regency
In Altman’s seventh installment of The Darcys and the Bingleys, she follows the children of the characters of Pride and Prejudice as they struggle to right the wrongs of the past and find their own wedded bliss. 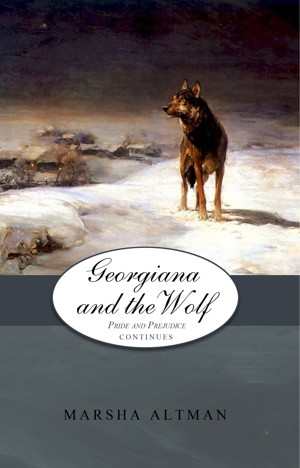 Georgiana and the Wolf by Marsha Altman
Price: $4.99 USD. Words: 69,720. Language: English. Published: November 11, 2012. Categories: Fiction » Historical » Regency
A mystery unravels unravels in a rural town in France... INSPECTOR ROBERT AUDLEY, rising star of the Parisian police force, is called to rural France and the estate of the Marquis de Maret to solve a murder. If his job wasn't hard enough with little evidence and few leads, suspicions point to a creature neither man nor wolf, but something in between. As rumors of vigilantes and monsters fill the 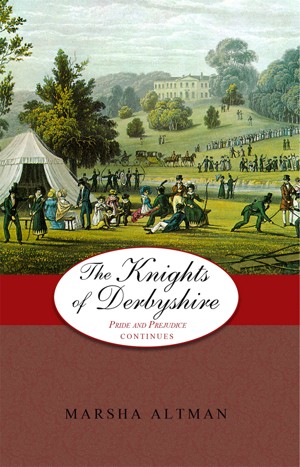 The Knights of Derbyshire: Pride and Prejudice Continues by Marsha Altman
Price: $4.99 USD. Words: 88,070. Language: English. Published: May 4, 2012. Categories: Fiction » Historical » Regency, Fiction » Themes & motifs » Family sagas
In Altman's fifth book, the Darcys and the Bingleys have grown and thrived, and their children are ready to enter society. But social discontent in Derbyshire threatens the safety of everyone. 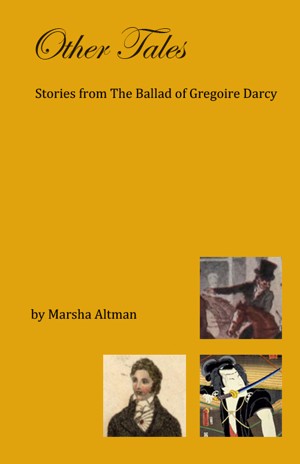 You have subscribed to alerts for Marsha Altman.

You have been added to Marsha Altman's favorite list.

You can also sign-up to receive email notifications whenever Marsha Altman releases a new book.