Matthew Clayfield is an Australian journalist, critic, screenwriter and playwright.

He has worked as a freelance foreign correspondent in Asia, Europe, Latin America, the former Soviet Union, and the Middle East, specialising in first-person narrative journalism, political commentary and analysis, and travel writing.

In 2012, he covered the Russian presidential election from Moscow, the European economic crisis from Athens and Madrid, and the Arab-Israeli conflict from Israel and the West Bank. In 2010, he covered illegal Central American migration in southern Mexico and the drug war on the US-Mexican border. Prior to freelancing, Matthew worked as a reporter on The Australian newspaper, where he was shortlisted for Young Journalist of the Year in the 2009 News Limited News Awards.

Matthew's criticism has appeared in a wide array of publications and covers cinema, theatre, dance, opera, visual art, comedy, books and restaurants. He was editor of The Australian's Out & About arts listings between December 2009 and June 2010.

Matthew's one-act play The Ides won the State Theatre Company of South Australia's Young Playwright of the Year Award in 2003. His most recent stage play, Lord Jones Is Dead, was completed in 2010.

He holds a Bachelor of Film and Television from Bond University and a Masters of Journalism from the University of Queensland.

He dislikes writing about himself in the third person.

Where to find Matthew Clayfield online 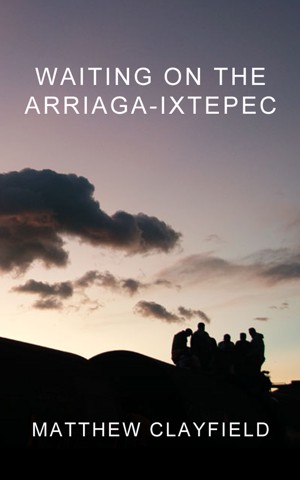 You have subscribed to alerts for Matthew Clayfield.

You have been added to Matthew Clayfield's favorite list.

You can also sign-up to receive email notifications whenever Matthew Clayfield releases a new book.