Max G. Bernard is the pen name of a writer with around 45 years of writing, editing, publishing, and journalism experience. He wrote for student, "underground," and radical newspapers in the 60's and 70's. He lives in the Midwestern region of Woodstock Nation, and is residing in the 1960's until something better comes along. He is involved in writing science fiction, mysteries, weird cross genre stories, and semi-autobiographical pieces. A fan of Bob Dylan's music, Alfred Hitchcock's movies, and Philip K. Dick's science fiction, he is married, with two children. He is a fervent opponent of DRM (digital rights management) in publishing. He agrees with Tom Robbins that it is "never too late to have a happy childhood," and with the spirit of the statement, "Be realistic, demand the impossible." 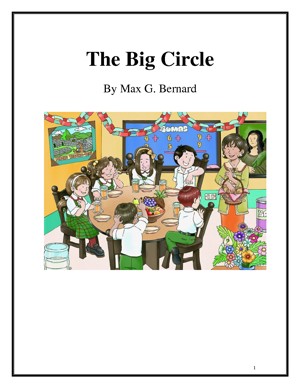 The Big Circle by Max G. Bernard
Price: $0.99 USD. Words: 1,350. Language: English. Published: June 14, 2011. Categories: Fiction » Horror » General
Father Donahue always came to the orphanage to tell the children a story. And he gave them candy. The smallest child doesn't like the latest story. "He used to tell good stories, but they're all bad stories now." What is really going on when the children gather around Father Donahue in the story circle? 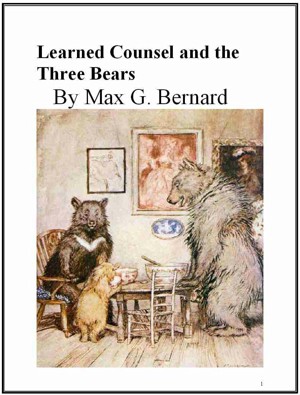 Baby Bear left the forest and went to town. Once there, he made some new human friends, helped shut down a city office granting hunting and fishing licenses, and became an advocate for the forest animals in a court proceeding to stop a greedy developer from cutting down the forest to build a condominium development. A story intended to be appropriate for precocious children, ages 7-107. 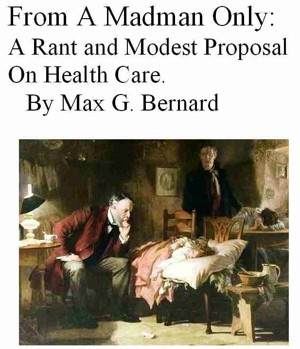 From A Madman Only: A Rant and Modest Proposal on Health Care by Max G. Bernard
Price: $0.99 USD. Words: 2,080. Language: English. Published: March 17, 2010. Categories: Nonfiction » Health, wellbeing, & medicine » Medical insurance
The author proposes a bold three step plan: 1. Criminalize private health insurance. 2. Provide free comprehensive health care to every human being in the U.S. without enrollment, co-pays, deductibles, exclusions, or premiums. 3. Pay for it all out of general tax revenue. The insurance industry's worst nightmare, way beyond the mild proposals of "public option" or even "single payer." 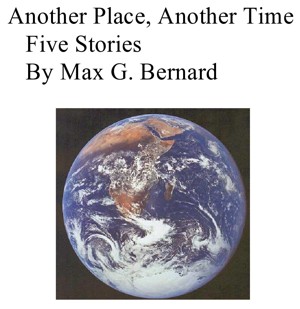 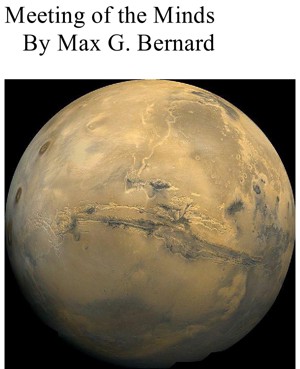 The inhabitants of Mars had a serious products liability claim to pursue against a human corporation. And a new law clerk on the Interplanetary Supreme Court, assigned to help write the opinion, faces a challenging task... 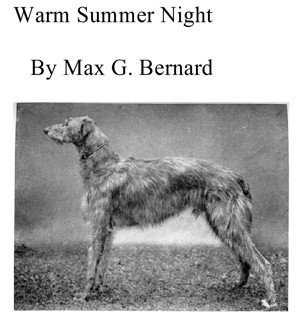 Changing Weather. A man and his dog. And an encounter. In the not too distant future? 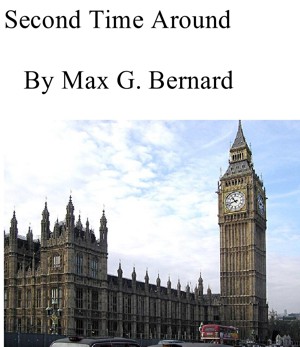 He sought to reach his destiny. But all these time travelers from the future kept trying to interfere. And he says: "I am not a crook, I am a ..." 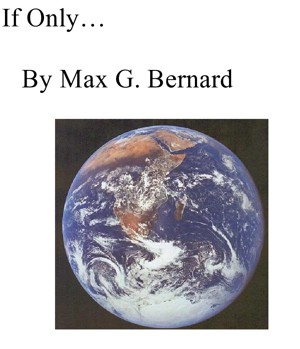 His future self told him his story would win awards. But he knew it was not to be. Not on this ordinary mundane world... 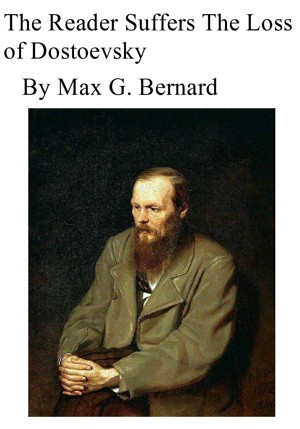 The Reader Suffers the Loss of Dostoyevsky by Max G. Bernard
Price: $0.99 USD. Words: 5,450. Language: English. Published: July 8, 2009. Categories: Fiction » Literature » Literary
Who stole my entire collection of Dostoyevsky's books during a party at my home one evening forty years ago, and why? A semi-fictionalized autobiographical account of the 1960's.

You have subscribed to Smashwords Alerts new release notifications for Max G. Bernard.

You have been added to Max G. Bernard's favorite list.

You can also sign-up to receive email notifications whenever Max G. Bernard releases a new book.