Born in Tucson, Arizona, Marlene Dotterer lived there until the day she loaded her five children into her station wagon, and drove north-west to the San Francisco Bay Area. Since then, she has earned a degree in geology, worked in nuclear waste, run her own business as a personal chef, and now teaches natural childbirth classes. She writes, “to silence the voices,” obsessed with the possibilities of other worlds and other times.

Your bio states, in part, "Since then, she has earned a degree in geology, worked in nuclear waste, run her own business as a personal chef, and now teaches natural childbirth classes." Couldn't decide what to be when you grew up?
Guilty! There's too much to learn and do to just stick with one thing my whole life. Of course, when I was about 14, my stepfather phrased it with some frustration as, "You never finish anything!" Hopefully I've gotten better at that part!
What motivated you to become an indie author?
A deadline. There I was, with a completed novel, several bites from agents and publishers, but no final contract. It was 2011, and April 15, 2012 was quickly approaching.

No, my book wasn't about U.S. taxes. The Time Travel Journals: Shipbuilder was a time travel novel about Thomas Andrews, one of the builders of the Titanic. He was a kind, generous man who went down with his ship, heartbroken and horrified at the death surrounding him. He probably felt personally responsible for his ship's failure to survive gashes in her hull that totaled almost 250 feet. In the two and a half hours it took Titanic to sink, he did everything he could to save as many lives as possible.

I wanted this novel available for the hundredth anniversary of Titanic's sinking. But by the middle of 2011, I knew it could never happen even if a publisher bought the book that very week. There just wasn't time. So I jumped into the indie pool. I've never been sorry I did.
Read more of this interview.

Where to find Marlene Dotterer online 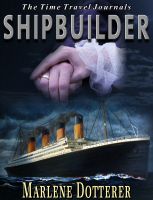 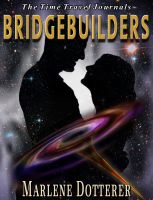 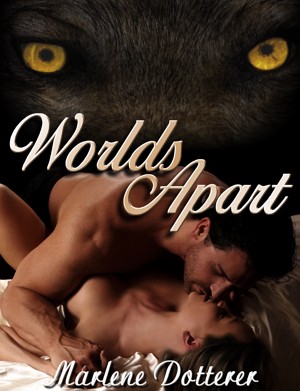 Worlds Apart by Marlene Dotterer
Price: $3.99 USD. Words: 80,050. Language: English. Published: June 28, 2013. Categories: Fiction » Horror » Occult, Fiction » Romance » Paranormal » General
When a one night stand results in pregnancy, Dr. Tina Cassidy is determined to raise the child herself. But death begins to stalk her small town patients, and Tina soon learns that her world has changed forever. For her baby's father is a werewolf, and he's on the trail of a killer, who will stop at nothing to control the power growing in Tina's unborn child. Contains adult material. 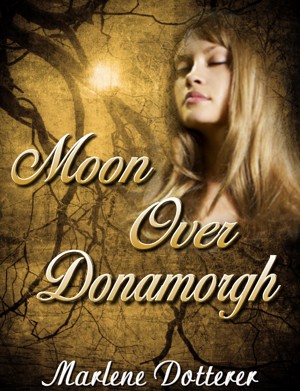 Moon Over Donamorgh by Marlene Dotterer
Price: $3.99 USD. Words: 112,690. Language: English. Published: December 12, 2012. Categories: Fiction » Fantasy » Historical, Fiction » Romance » Fantasy
In 1803 Ireland, Seamus Firnan, a Pagan landowner, is kidnapped. Without his protection, his magical forest becomes a pawn between Irish Catholics and their Protestant overlords. The witches and fairies of the forest enlist the aid of a powerful, but untrained, empathic woman to help them find Seamus, and bring him home before the forest is gone forever. 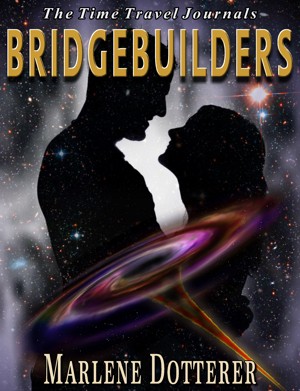 When Sam Altair went back in time to 1906, he created a second universe, one with its own alternate future. When he builds a bridge back to the original universe he finds a world in the grip of climate change, and a human population decimated by famines, wars, and pandemics. Taken prisoner, Sam must find an elusive rebel army, and use his bridges in a race to stop a deadly attack. 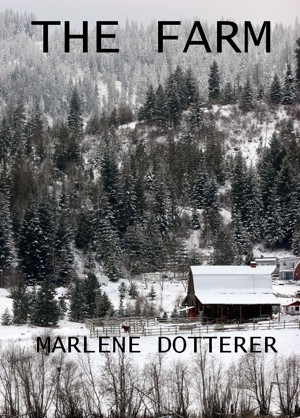 In the 25th century, the human race is scattered throughout the galaxy’s Sagittarius Arm. But no matter where people go, they always remain human... 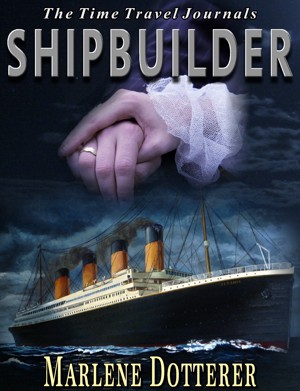 In the early twentieth century, Thomas Andrews is building the most beautiful ship in the world. On her maiden voyage, she hits an iceberg and sinks to the bottom of the Atlantic Ocean. When a time travel accident sends two people from the twenty-first century back to 1906, Tom is given an opportunity unlike any other: build his ship so she can survive, and save 1500 lives. Including his own.

You have subscribed to Smashwords Alerts new release notifications for Marlene Dotterer.

You have been added to Marlene Dotterer's favorite list.

You can also sign-up to receive email notifications whenever Marlene Dotterer releases a new book.