I have always felt my calling is to be of service to others. At an early age I became aware of the great degree of injustice in the world and wanted to do whatever I could to eliminate the use of oppression and exploitation to control and manipulate people.

With this intention in mind, my career opportunities have been directed by chance circumstances. When I was 16, a friend took me to a small coffeehouse where, for the first time, I saw musicians playing their own music. I had no idea of the obstacles musicians had to overcome to be able to record their music and have it played on the radio. Deeply moved by the honest acoustic performances by the live person a few feet in front of me, I made a conscious decision to dedicate my life to music in some way. This was facilitated by picking up a hitchhiker in 1969 who happened to be a concert lighting designer for Bill Graham. He hired me to work a rock concert; that gig led to a chain of events that culminated in a full fledged career in the music industry. I fulfilled my intention first as a sound and light technician, then became a personal manager, a concert producer and, eventually, a nightclub owner.

In 1993, there was a lull in my music career. During that time, I had an intense argument with my girlfriend; we agreed to go to mediation and see if we could salvage the relationship. While the relationship did not survive, I found my next calling; I loved the mediation process and asked the mediator, “can I do this?”. She referred me to her mentor who trained me. I immediately changed careers; within a year I was working as a professional mediator.

Helping people resolve conflict with dignity, grace and respect is more intimate than running a nightclub yet it is a powerful way to be of service. It is also helpful that divorce mediation usually costs less than 10% of the expense of a litigated divorce, certainly to the chagrin of some divorce attorneys.

After mediating about fifty divorces, I wrote my first book, Conversations Before A Marriage, about the elements and dynamics I recognized in common in the failure of these marriages. The book contains significant questions for couples to ask prior to moving forward in their relationship, and tools to help the couple handle their conflicts in constructive ways.

In 1997, while attending a mediation conference I ran into Stu Yahm, a former VP of Capitol Records. He and I simultaneously said, “What are you doing here?” As two refugees from the music biz (Stu may not agree with that definition), we had to write a book together, and we did. “And The Band Broke UP”, a book to help musicians and others in the music biz handle conflict with such skill and grace that the band won’t have to break up.

Where to find Matt Kramer online 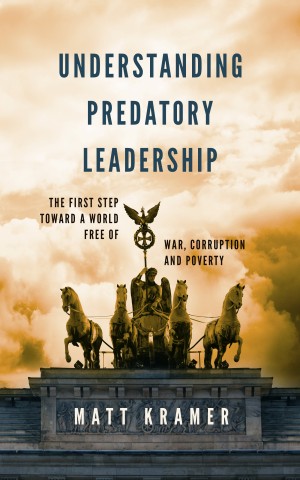 Understanding Predatory Leadership: The First Step Toward a World Free of War, Corruption and Poverty by Matt Kramer
Price: $0.99 USD. Words: 7,910. Language: English. Published: December 3, 2015. Categories: Nonfiction » Politics & Current Affairs » Activism, Nonfiction » Social Science » Violence in Society
This book describes how narcissists and psychopaths are successful at gaining power and control, and then manipulate and exploit instead of lead. By learning how these predators, without conscience or concern, initiate and sustain actions and policies that cause so much harm to so many around the world, readers will be able to make better choices leading, eventually, to a kinder civilization. 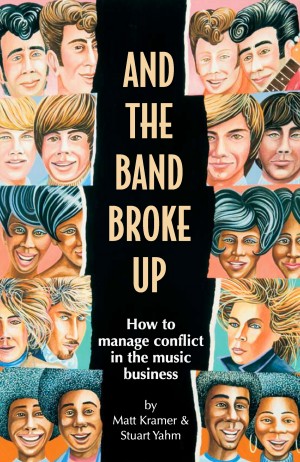 And The Band Broke Up by Matt Kramer
Price: $4.97 USD. Words: 31,380. Language: English. Published: November 11, 2010. Categories: Nonfiction » Music » Music business
Why should you read this book? To overcome the fact that we are not taught a common language for handling conflict. The result is the break-up of bands, abandonment of music projects, and loss of great art. This book will help you, artists and business people alike, spend less time being frustrated and more time being creative, artistic, and in harmony with everyone you work with in your career.

You have subscribed to alerts for Matt Kramer.

You have been added to Matt Kramer's favorite list.

You can also sign-up to receive email notifications whenever Matt Kramer releases a new book.