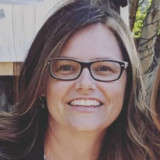 I grew up in a tiny, magical town in Illinois—total population: 800. In 2014, I brought my love of books, a Midwest hankering for a good Horseshoe Sandwich (also known as fat-on-a-plate), and Southern Sweet Tea to sunny SoCal.

About an hour north of Los Angeles, I live with my husband, Craig, two of our three kids, and our sweet, slightly neurotic, standard poodle, Eisley. My oldest daughter flies the friendly skies, so if you see a super cute flight attendant named, Elyssa, be sure to say, hello!

When I’m not chasing Eisley, or chauffeuring my teens around town, I’m writing.

Where to find Melissa Service online

A War and A Wedding by Melissa Service
The week before her seventeenth birthday, Ellyce Jensen's father disappeared. Forty-five days later she discovered the jagged, haphazardly scrawled note he left behind. Revealing that the ancient prophecies he wrote about were true, Thomas’s note urged her to find Derek—someone she’d never heard of before. As Ellyce battles against the people she thought she could trust—and the supernatural forces sent to stop her, she’ll soon learn … this is only the beginning. There will be A War. There will be A Wedding. Lines will be drawn. Choose for yourself ... whom you will serve. IN THE FIRST BOOK OF HER BRAND-NEW SERIES, award-winning author, Melissa Service, invites readers to embark upon a story ripe with ingenuity and intrigue, as Ellyce unlocks the secrets of the seven realms and finds herself enmeshed in an epic battle between two ancient kingdoms.

A War and A Wedding: The Congregation Book Two
Price: $3.99 USD. 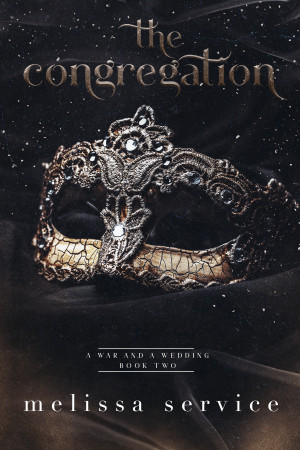 A War and A Wedding: The Congregation Book Two by Melissa Service
Series: A War and A Wedding. Price: $3.99 USD. Words: 70,250. Language: English. Published: June 19, 2020. Categories: Fiction » Young adult or teen » Adventure, Fiction » Young adult or teen » Fantasy
The journey continues through the lands of Efes and Ardor in search of the guardians of these realms. Not everything is as it seems for Ellyce Jensen and the race to secure the future of the seven realms hangs in the balance. Secrets will be exposed. Alliances will be forged. And Ellyce will be tested in ways she never thought possible as the battle between the two ancient kingdoms rages on.

You have subscribed to alerts for Melissa Service.

You have been added to Melissa Service's favorite list.

You can also sign-up to receive email notifications whenever Melissa Service releases a new book.