A southern transplant to New York, Meredith fell in love with an Italian boy from Long Island, and now she’s stuck here. They live in Brooklyn, where she is shadowed by a faithful and affectionate girl cat. She works in midtown in a big fancy office by day, then comes home and writes stories about other people kissing.

What's the story behind your latest book?
My "Miss Pierce's Protégées" series is a historical romance series set in Gilded Age New York. I began working on it after reading yet another historical romance set in this era in England. I thought that it would be fun to write an American-set romance set during the same time period. The Gilded Age was a fascinating period in American history, when everything was changing rapidly. I live in New York City, so I loved the idea of writing about my city over a hundred years ago. Many of the same buildings my characters would have seen and lived in still exist today.
When did you first start writing?
My first stories were typed on my parents' electric typewriter, before we had a home computer. I would write a caption at the bottom of each page, then pull it out and illustrate the scene above the words. Then I stapled the pages together and wrapped a cover around them: the closest imitation I could achieve to a real, bound book. I wish I still had some of these early stories, but most were lost along the way.
Read more of this interview.

Where to find Meredith Acker online 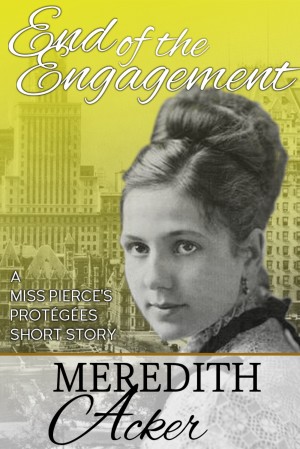 You have subscribed to alerts for Meredith Acker.

You have been added to Meredith Acker's favorite list.

You can also sign-up to receive email notifications whenever Meredith Acker releases a new book.