As a friend of ours said recently, Metta is a “small but mighty” group of people with a burning passion to develop for ourselves and others an ever deeper understanding of the potential and power of nonviolence. We work with students, educators, activists, the media, and military personnel from around the world who see, however far off in the future, a vision of healing, respect, justice, and compassion based on a much higher image of the human being and the meaning of life. 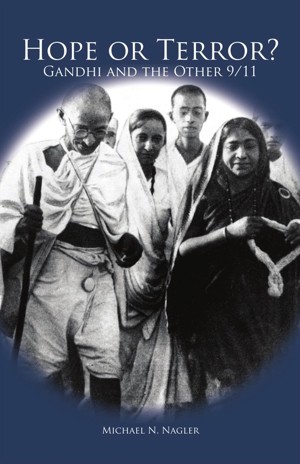 You have subscribed to alerts for Michael N. Nagler.

You have been added to Michael N. Nagler's favorite list.

You can also sign-up to receive email notifications whenever Michael N. Nagler releases a new book.