Bryn Curt James Hammond is a West Midlands born best-selling author, journalist and TV personality. He established a name for himself during the mid-millennium when he was catapulted into the spotlight and guaranteed studios; DVD rentals and sales based on his views and opinions and loyal fan base. Bryn Hammond’s quotes featured on no less than 100 DVD covers, including Devils Playground (Danny Dyer), Psychosis (Charisma Carpenter) and Growth (Mircea Monroe), more recently ClownterGeist (Burt Culver), The Shadow Man (Nick Baillie) and The Jurassic Games (Ryan Merriman).

Bryn started out in the entertainment industry at a young age as a model and worked on various brand campaigns before retiring from the profession in 2001.

In 2004 Bryn took on the small screen and directed the B-movie The Summer of the Massacre, which was later remade without his input and released in 2011. He’s also appeared in Before Dawn (Dominic Brunt), Midnight Meat Train (Bradley Cooper) and Best Worst Movie (Jason Wright).

Since GZ Magazine Bryn has written five successful books, including his best-seller A Case for Murder: Brittany Murphy Files.

Three of his books, Anna Nicole Smith Files, Aaliyah Files and Brittany Murphy Files, are part of a ten-part book series titled A Case for Murder, which is currently being translated to a docudrama for TV.

Another offshoot of the A Case for Murder series is the eBook tour guide with a difference, called A Case for Murder: Tour Guide Files, which takes the reader on a tour of the dark side of the USA, predominantly focusing on hotels, night clubs and various other locations where celebrity scandals have occurred, including ghastly murders. These disturbing tourist hotspots are guaranteed to send a shiver down the spine of the most hardened ghost hunter.

The fifth paperback is The Complete History of The Howling set to hit stores 7th November, 2018, that takes an in-depth look at the entirety of The Howling franchise, which kicked off with Joe Dante’s 1981 cult classic.

Bryn’s unique style of writing sets him apart from the standard run-of-the-mill writers, and his is definitely a name to watch out for. 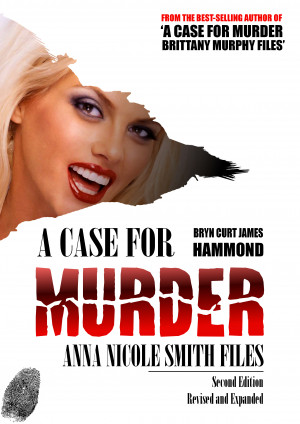 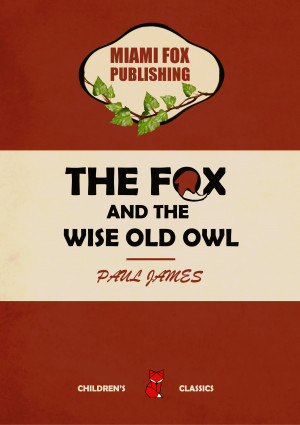 The Fox and The Wise Old Owl by Paul James
Price: $1.29 USD. Words: 1,450. Language: English. Published: March 9, 2020 by Miami Fox Publishing. Categories: Fiction » Children’s books » Animals
A thought-provoking story that tells the tale of a Fox and his cub trapped in an unusual but dangerous situation where they find solace and trust in the most unlikely of animals. The Fox and The Wise Old Owl shares with children the message of creating unity, acting with kindness toward others and promoting peace with a suitably dark and atmospheric setting. 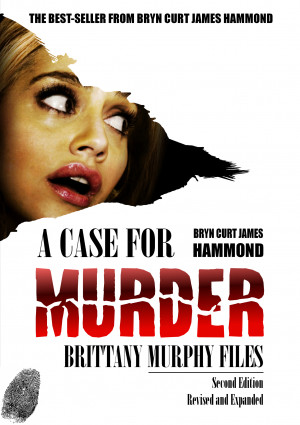 A Case for Murder: Brittany Murphy Files - Second Edition by Bryn Curt James Hammond
Series: A Case For Murder. Price: $4.99 USD. Words: 62,450. Language: English. Published: December 26, 2016 by Miami Fox Publishing. Categories: Nonfiction » True Crime » General crimes, Nonfiction » Biography » Celebrity biography
The best-selling A Case for Murder: Brittany Murphy Files has been revised and extended in this gripping second edition with three new ‘shocking’ chapters that take you, the reader, deeper into the life and death of the beautiful, talented and tormented star who played a role in public and in private that was too much for flesh and spirit to survive. 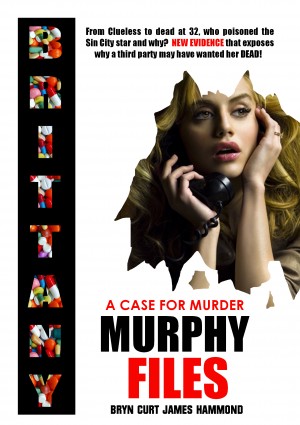 A Case For Murder: Brittany Murphy Files by Bryn Curt James Hammond
Series: A Case For Murder. Price: $3.99 USD. Words: 53,760. Language: English. Published: June 20, 2016 by Miami Fox Publishing. Categories: Nonfiction » True Crime » General crimes, Nonfiction » Biography » Celebrity biography
On December 20th 2009 paramedics responded to a call from the West Hollywood home of Brittany Murphy. Murphy's body was limp and slumped on the tiled floor of the bathroom. Prior to Murphy collapsing at her home she had become a recluse, paranoid as her career hit a tail spin. What went wrong? How did she die? Who murdered the 8-Mile star, and why? 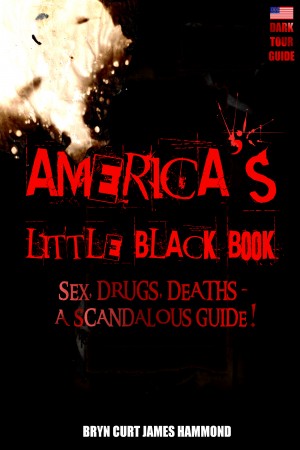 America's Little Black Book by Bryn Curt James Hammond
Price: $3.99 USD. Words: 52,280. Language: English. Published: March 7, 2016 by Miami Fox Publishing. Categories: Nonfiction » Entertainment » Celebrity culture, Nonfiction » Travel » Travel - Reference
No other guidebook explores America quite like this eBook. It is completely outrageous and entirely unethical. Explore every corner of America and its larger-than-life scandals, murders and haunted locations. We bring you the best tourist guide to the obscure. Whether you’re an aesthete, beach bum, culture vulture, ghoul, mallrat or night owl, there is a slice of American Pie for everyone! 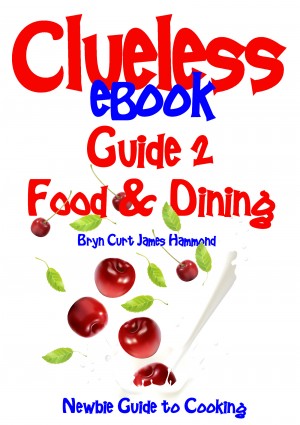 Clueless eBook Guide 2 Food & Dining by Bryn Curt James Hammond
Price: $4.54 USD. Words: 15,850. Language: English. Published: October 7, 2015 by Miami Fox Publishing. Categories: Nonfiction » Cooking, Food, Wine, Spirits » General cookbooks
Setting up your first home? Off to university? Reversed your roles? Any of these life changes can result in your needing to learn how to cook for the first time, and it can be daunting! Don’t worry though, Clueless eBook Guide 2 Food & Dining will help you get up and running quickly and able to cook good, tasty meals for yourself, friends or family that won't break the bank!

A Case For Murder by Bryn Curt James Hammond
'A Case For Murder' focuses on celebrity deaths that have continued to gain column inches long after the celebrity has become worm food. Each book will take a look behind the conspiracy theories, the players and what really happened in the last days leading up to the celebrity's death. We pull back the curtain, shake off the Hollywood glitter and reveal the dark side of the glamour, sex, drugs that invited the Grim Reaper to their door long before their star had burnt out. Could these celebrities have been saved or was it simply written in their stars? Each book will include new interviews with the star's friends, families and foes, take a look at their mental health and will analyse their autopsy report. This series is a must-read for people who seek more and want to feed their celebrity obsession or lust for the dark side, Welcome to 'A Case for Murder'.

You have subscribed to alerts for Miami Fox Publishing.

You have been added to Miami Fox Publishing's favorite list.

You can also sign-up to receive email notifications whenever Miami Fox Publishing releases a new book.