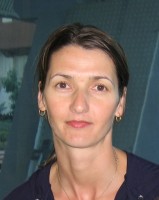 Mihaela Varga (Tomescu) was born on February 24th 1975 in Tg-Jiu, Romania. She played handball with A.E.M. Timisoara (1994-1998). In 1998, she graduated from the Faculty of Physical Education and Sports of the West University of Timisoara, Romania, specializing in handball. On that same year she was also a national university champion in handball. During 1999-2000 she coached handball at C.S.S. Buzias, and after taking her Permanent Teacher's Certification (2000) and specializing in natation (also in 2000) she became a Prof. of Physical Education and Sports (tenure professor) with the Energetic High school of Timisoara. During 2001-2013, she was a tenure professor with the "Tibiscus" University of Timisoara, and as of 2013 she has been working as a professor with the Faculty of Physical Education and Sports of the West University of Timisoara. In 2009 she obtained her Ph.D. in Philology (West University of Timisoara) with the thesis "The Evolution of Sports Terminology” and later on the title of Ph.D. Assistant Professor. In 2012 she attended a course in "Entrepreneurial Skills". Also in 2012, she taught courses of Physical Education and Sports with the "Victor Babes" University of Medicine and Pharmacy of Timisoara as well. As of 2013, she is a member of the Association of Independent Inventors of Romania. She published various works with several National and International Conferences and Congresses (for e.g.: The International Congress of Oradea 2003; The International Scientific Conference of Bucharest 2004; The National Symposium of Timisoara 2005, etc.). She has also coordinated several graduation papers in the sports field.
Her first book, "A Course in Handball”, was published in 2002, followed by "Aerobic Exercises” in 2003, "Handball-the Synergy of the Game” in 2007 (co-author), "Sport at the Office” and "Stretching, mobility and flexibility” in 2013 and "Sports Guide” and ”Physical Activity for Everyone” in 2014.

Where to find Mihaela Varga online 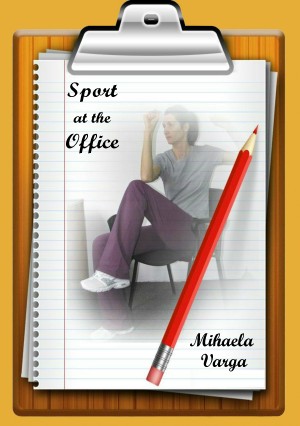 Sport At The Office by Mihaela Varga
Price: $1.25 USD. Words: 8,120. Language: English. Published: July 10, 2014. Categories: Nonfiction » Health, wellbeing, & medicine » Exercise, Nonfiction » Health, wellbeing, & medicine » Stretching
this book is meant for those who spend long hours at the office, at least a part of it can also be used in schools and kindergartens. The content of this work is based on a series of exercises that can be performed at the workplace and can be easily adapted to a particular environment and equipment. 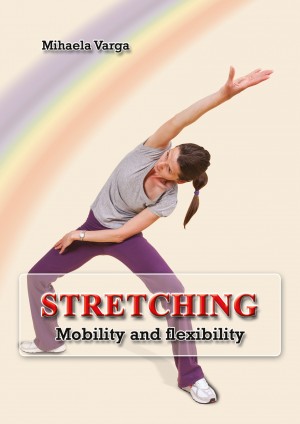 Stretching - Mobility and Flexibility by Mihaela Varga
Price: $1.25 USD. Words: 8,360. Language: English. Published: July 10, 2014. Categories: Nonfiction » Health, wellbeing, & medicine » Stretching
We are born with a set of motor skills and abilities. During our lives, we improve and expand those skills through physical activity. This book is an attempt to bring simple exercises into the comfort of your home. This book incorporates 108 exercises with simple instructions and illustrations for easy understanding.

You have subscribed to alerts for Mihaela Varga.

You have been added to Mihaela Varga's favorite list.

You can also sign-up to receive email notifications whenever Mihaela Varga releases a new book.