Misty Reigenborn has been writing poetry, short stories and novel length work since she was nine years old. She is the author of twenty titles: romance novels A Twist of Fate, Better Left Unsaid, Run to You, Better Left Unsaid: Alternate Ending, Crestview Academy: Tory, Crestview Academy: Molli, Crestview Academy: Mellenda, Girls of Gabe's Place 1: Brandy, Girls of Gabe's Place 2: Robyn,Girls of Gabe's Place 3: Ami, Run From You, Key to My Heart: Stay, Key to My Heart: Only You and Temptations, fantasy novel Mind over Matter, short story collections Second Chance, This Song Reminds Me of You and Love and Other Tales, poetry collection From the Heart, and non fiction title A Broken System: Examining the Clark County Department of Family Services. She loves to connect with her readers and appreciates an honest review.

How has Smashwords contributed to your success?
Smashwords has been a big part of getting my work to readers through different channels and the promotions they offer.
What is the greatest joy of writing for you?
The greatest joy of writing for me is being able to share my work with readers in the hopes that they will enjoy the journey of my stories and characters as much as I do.
Read more of this interview.

Where to find Misty Reigenborn online

Twist of Fate by Misty Reigenborn

A Twist of Fate
Price: Free! 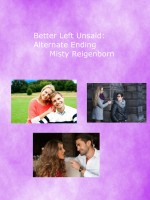 Key To My Heart by Misty Reigenborn 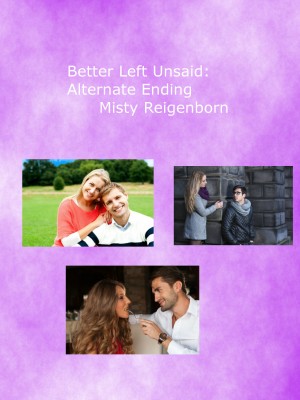 Better Left Unsaid: Alternate Ending by Misty Reigenborn
Series: Twist of Fate. Price: $0.99 USD. Words: 60,350. Language: English. Published: March 12, 2016. Categories: Fiction » Romance » Contemporary
When Kimber Stone shared a night of passion with Paul Brooks, she never thought that she'd face the possibility that her one night man may be the father of her child instead of her husband Luke. Will Kimber's marriage survive when the results come back that Paul is indeed the father of her child? 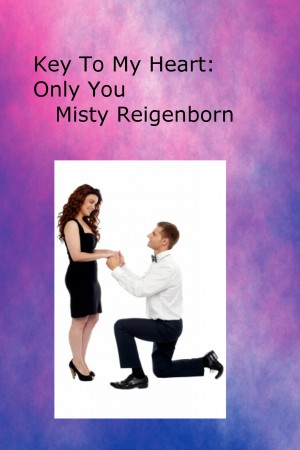 Key To My Heart: Only You by Misty Reigenborn
Series: Key To My Heart. Price: $0.99 USD. Words: 41,350. Language: English. Published: December 15, 2014. Categories: Fiction » Romance » Contemporary
When twenty-four year Demi Brown finds out she's pregnant she also comes to the realization that she's unsure how she feels about the father of her child. What she has never been unsure of though, are her feelings for Gavin Black. But being pregnant only makes things more complicated. Will Demi be able to forget Gavin and move on with her life for once and for all? 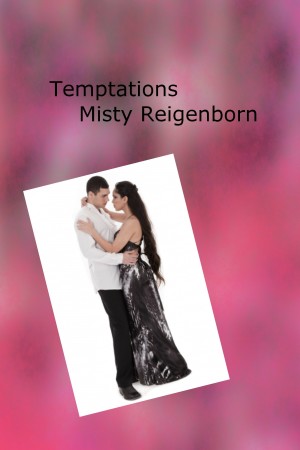 Temptations by Misty Reigenborn
Price: $0.99 USD. Words: 55,580. Language: English. Published: October 3, 2014. Categories: Fiction » Romance » Contemporary
Cleo Adams has spent her life being hurt by men, so she's made it a game to screw over attached men. But on the night she meets him, everything changes. Since reaching adulthood, Connor has made his living taking from rich women. When he first saw her in the bar that night, he thought she was just another beautiful woman with too much money and no feelings. 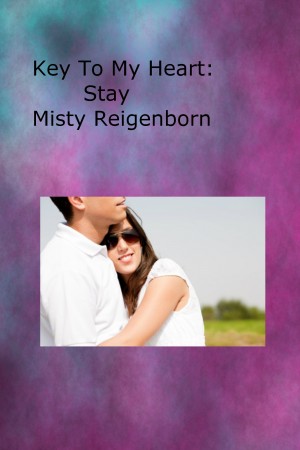 Key To My Heart: Stay by Misty Reigenborn
Series: Key To My Heart. Price: $0.99 USD. Words: 42,900. Language: English. Published: May 19, 2014. Categories: Fiction » Romance » Contemporary
Twenty-seven year old Acasia Brown is falling in love, and she doesn't like it one bit. Newly back in her hometown after a disastrous ending to a long term relationship, Acasia finds herself living with her mother, working at a diner while her college degree goes to waste, and falling in love with a man she grew up down the street from. 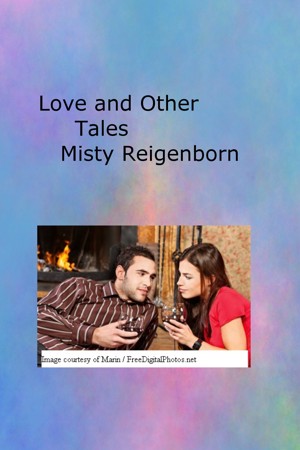 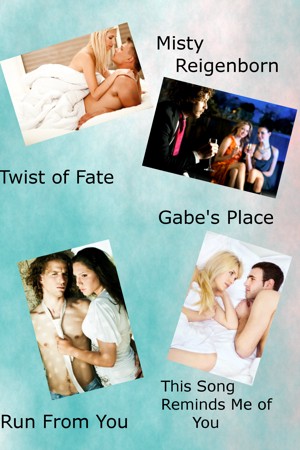 Get your favorite Misty Reigenborn romance titles all in one place! The boxed set includes the full Twist of Fate series and Girls of Gabe's Place series, plus stand alone novel Run From You, and short story collections This Song Reminds Me of You and Love and Other Tales. 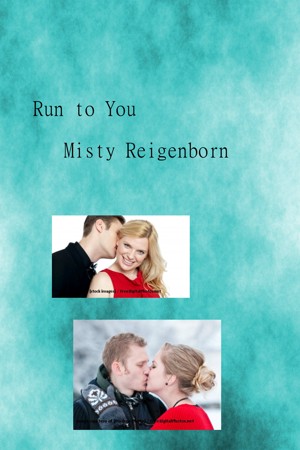 Run to You by Misty Reigenborn
Series: Twist of Fate, Book 3. Price: $0.99 USD. Words: 37,980. Language: English. Published: December 13, 2013. Categories: Fiction » Romance » Contemporary
The decision to end her marriage wasn't an easy one for Kimber Stone, but she knew that it had to be done all the same. But will she able to deal with the knowledge that her ex-husband has made the return to his lost love Sierra? Sierra Brooks knew her marriage was over as soon as her husband made the announcement that they were moving again for his new job. 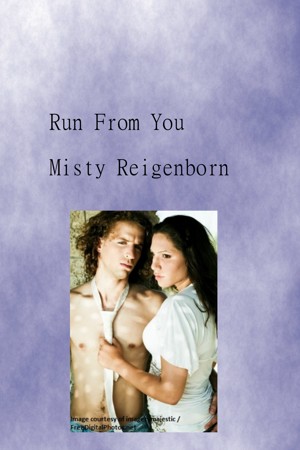 Jess Brewster landed in Welton in search of the father that left her when she was three. But she got more than she bargained for. Daylin is a twenty-five year old playboy that she met at a diner the night she got to town. She falls for Daylin harder than she wants to admit, but he is quick to betray her. Will Jess find her father? 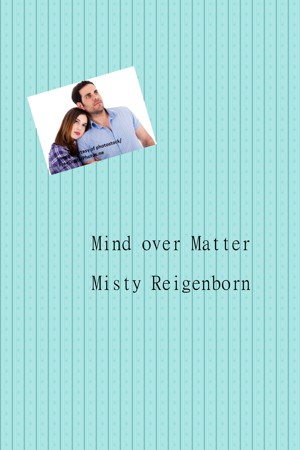 Mind over Matter by Misty Reigenborn
Price: Free! Words: 61,830. Language: English. Published: October 9, 2013. Categories: Fiction » Fantasy » Paranormal
Ariel Fletcher is 17 years old. She has a loving family and what she considers to be the world's best boyfriend. She wants to be a writer and plans to marry her boyfriend Adam, after graduation. But then the unexpected happens to this teenage girl after the darkness from her mother's past comes back to light in an unexpected way. 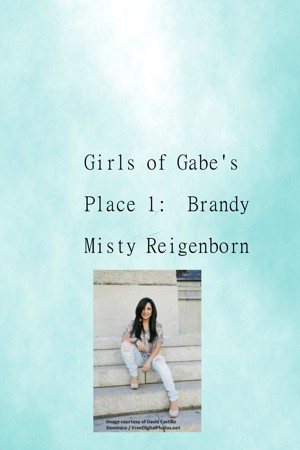 Girls of Gabe's Place 1: Brandy by Misty Reigenborn
Series: Girls of Gabe's Place, Book 1. Price: $0.99 USD. Words: 77,360. Language: English. Published: April 12, 2012. Categories: Fiction » Romance » Contemporary
Brandylynn is a 20 year old with a coke habit whose boyfriend has just walked out on her when she applies for a job at local bar Gabe’s Place. Gabe is the 24 year old owner of Gabe’s Place who has an unloving wife and a penchant for beautiful young women. He promised Brandy the world and planned on giving it to her. But when Brandy tires of Gabe’s sexual appetites, will her let her go so easily? 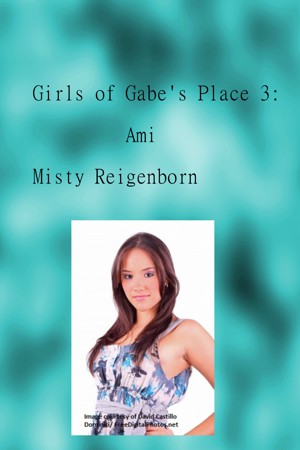 Girls of Gabe's Place 3: Ami by Misty Reigenborn
Series: Girls of Gabe's Place, Book 3. Price: $0.99 USD. Words: 93,510. Language: English. Published: March 6, 2012. Categories: Fiction » Romance » Contemporary
Ami is a 24 year old woman who is on the run from the abusive father of her child when she lands in Brunton and applies for a job at Gabe’s Place. Gabe is her hot new boss. Nick is her neighbor’s sexy friend. When Ami can no longer hide her feelings for Nick, will he forgive her for lying or for the one night stand she had with Gabe? 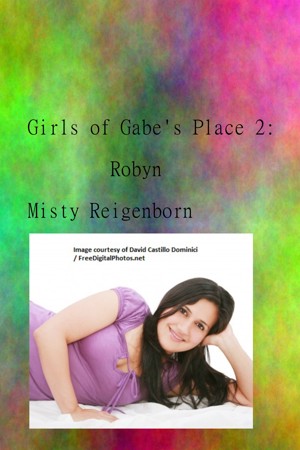 Robyn was pregnant and had been abandoned by her boyfriend when she lands at Brunton bar Gabe’s Place. Gabe is the sexy owner and Robyn’s new boss. Neal is her hot coworker who is friendly but doesn’t seem to return Robyn’s crush. When Robyn finds herself seducing Gabe, will she finally be the woman that he has been waiting for? Or is she just another woman in a long list of affairs? 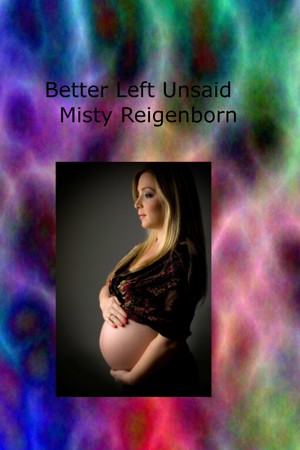 Kimber Stone forgave her husband Luke for the affair that he had with his ex Sierra. Not long after Luke returned home to his family, Kimber found out she was pregnant. But Kimber shared a night of passion with Sierra’s husband Paul. They had unprotected so Kimber does not know whether the child she carries belongs to her husband or to Paul. Are some things better left unsaid? 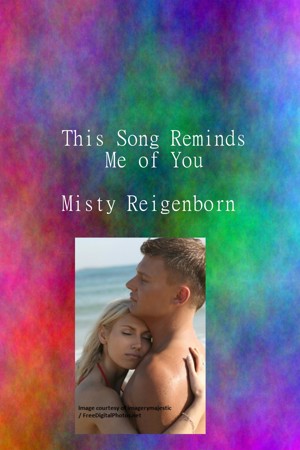 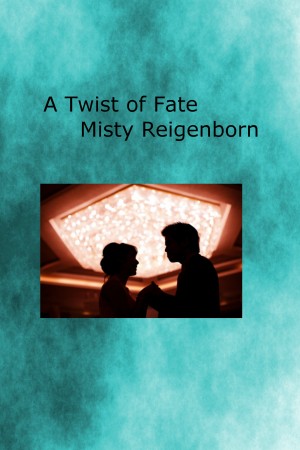 What if an ex lover walked back into your life when you had no sex life to speak of with your spouse? Sierra wasn't looking for love when she met Luke, but fell for him all the same. Luke was a 22 year old playboy when he fell for Sierra. They parted ways, but their relationship felt unfinished. When a twist of fate brings them back together, will their new relationships survive? 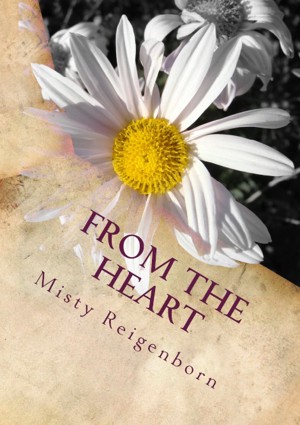 A short collection of poetry by Author Misty Reigenborn. 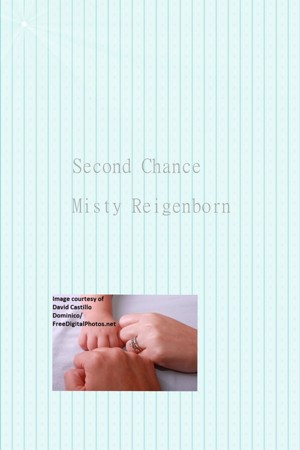 You have subscribed to alerts for Misty Reigenborn.

You have been added to Misty Reigenborn's favorite list.

You can also sign-up to receive email notifications whenever Misty Reigenborn releases a new book.