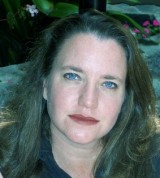 Don't miss the next release. Sign up for Monique's newsletter. http://moniquemartin.weebly.com/contact--newsletter.html

Monique attended the University of Southern California's Film School where she earned a BFA from the Filmic Writing department. Monique worked in television for several years before joining the family business. She now works full-time as a freelance writer and novelist.

She's currently working on an adaptation of one of her screenplays, her father's memoirs about his time in the Air Force's Air Rescue Service and the next book in the Out of Time series.

Where to find Monique Martin online

You have subscribed to alerts for Monique Martin.

You have been added to Monique Martin's favorite list.

You can also sign-up to receive email notifications whenever Monique Martin releases a new book.