Dr. Tavel is a lifelong native of Indianapolis, having received both college and medical degrees at Indiana University. After completing his undergraduate studies, he graduated summa cum laude and was elected to the honorary scholastic society of Phi Beta Kappa. Upon completion of his medical training, he was elected to the Alpha Omega Alpha for scholastic achievement in this field. His post-graduate specialized training included stints in Philadelphia and Salt Lake City. After serving in the U.S. Army Medical Corps for two years in Germany, he returned to Indianapolis to complete has training and to begin medical practice.
Dr. Tavel is a physician specialist in internal medicine and cardiovascular diseases. In addition to managing patients for many years, he holds a teaching position (Clinical Professor) at Indiana University School of Medicine and regularly teaches medical students, house staff physicians, and other medical personnel. In addition, he has presented numerous speeches and lectures before national and international audiences that include peers as well as the general public. He is actively engaged in medical research and has authored over 100 research publications, editorials and book reviews that have appeared in peer-reviewed national medical journals. He is currently the director of the cardiac rehabilitation program at St. Vincent Hospital, Indianapolis, Indiana, and consulting cardiologist for the Care Group, Inc., a division of St. Vincent Hospital in Indianapolis.
Dr. Tavel has authored a book on cardiology that persisted through four editions over a period of approximately 20 years. This book was placed on the recommended list by the major U.S. internal medical organization (American College of Physicians) for inclusion in the personal libraries of all those practicing internal medicine. Dr. Tavel has also been a contributor to several other multi-authored textbooks. Having served on editorial boards of four major national medical journals, he has provided numerous critical reviews of manuscripts submitted to many journals for possible publication. He has also served as research director at a large metropolitan teaching hospital (Methodist Hospital), located in Indianapolis. His civic activities include, among others, having been past president of the local and state divisions of the American Heart Association, during which time he made numerous television and radio appearances on behalf of this organization. Many years ago, he was one of first to advocate restricting or eliminating smoking from public areas. Unfortunately, and much to his dismay, these efforts failed to reach fruition until the present era!
At present, Dr. Tavel is collaborating with a commercial enterprise in the development of a radically new stethoscope design that utilizes wireless computer and cell phone technology to record and transmit heart sounds and provide a platform for instruction of students.
All these activities do not prevent Dr. Tavel from engaging in an active personal life that includes travel with an educational focus, hiking, cycling, racquet sports, golf and fishing. Since he is a strong advocate of regular aerobic exercise, he has followed his own prescription in his endeavors for many years, activities that he hopes have provided motivation to both his patients as well as his trainees. He continues to reside in the Indianapolis area with his caring and supportive wife, Betty. And of course he would be remiss if he didn't mention that his collective family includes four children and eight grandchildren. 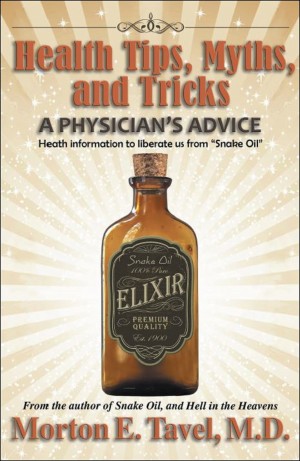 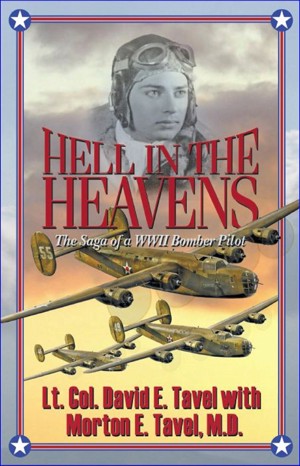 Hell In The Heavens by Morton E. Tavel M.D.
Price: $5.99 USD. Words: 45,280. Language: American English. Published: May 27, 2013 by Brighton Publishing LLC. Categories: Nonfiction » Biography » Autobiographies & Memoirs, Nonfiction » History » American
Experience World War II bombing runs in the European Theater through the firsthand real-life account of bomber pilot David Tavel. With additional material contributed by Morton Tavel, MD, this authentic pilot’s eye view of the Great War takes you from pilot training in the U.S. to an air base in Italy, where bombers and fighters team up to take out strategic enemy targets and defeat the Axis. 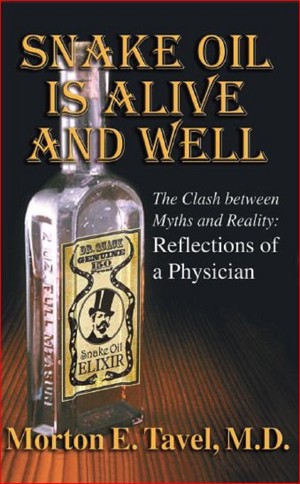 Snake Oil is Alive and Well by Morton E. Tavel M.D.
Price: $5.99 USD. Words: 66,450. Language: English. Published: March 29, 2012 by Brighton Publishing LLC. Categories: Nonfiction » Health, wellbeing, & medicine » Alternative medicine, Nonfiction » Health, wellbeing, & medicine » Medicine
Because of the many misconceptions regarding medicine and health, Dr. Tavel in this hard-hitting book, attacks misinformation and quackery of all types explaining in detail the forming and proliferation of these myths. Understanding these myths can pave the way toward healthier living and better medical care, while at the same time, reducing personal expenses.

You have subscribed to alerts for Morton E. Tavel M.D..

Would you like to favorite Morton E. Tavel M.D.?

You have been added to Morton E. Tavel M.D.'s favorite list.