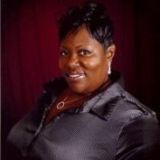 Audrey Bell-Kearney is the founder and CEO of HerTube Media Network which is a media, marketing, production, distribution and consulting firm that curates and produces digital content for clients and help them get exposure for their business, product or service. Audrey is also the founder of HerTube.TV which is a video and television network about women and what women care about. HerTube is part media and part technology because it’s on mobile devices, online, on Smart TVs amd Roku. Audrey is the author of What’s Your Big Idea? The Ultimate Guide For New Entrepreneurs which can be found on Amazon.com in both print & Kindle versions. Her video training program Xstream Xposure: 4 Steps For Using Video To Create’ Maximum Visibility For You And Your Brand can be found at www.VideoYouniversity.com. Audrey has two new books coming out this Spring titled Digital Dough For Teens: 101 Ways For Teens To Make Money Online and Streaming TV Marketing: The New Frontier. Audrey has helped numerous entrepreneurs and authors launch businesses and books.

Audrey is passionate about entrepreneurship. Audrey started her first real business in 1999. She realized that she was a single mom who wanted to create a nice life for her daughter who was 8 years old at the time. So she had this idea for a plus size fashion doll which was more realistic than the Barbie Doll. She told a friend about the idea and the friend thought it was a great idea. The two became partners and Big Beautiful Dolls, LLC was born June 1999. They invented the first plus-size fashion dolls. Audrey went on to start her own newspaper titled Women In Business Today. The paper profiled women who were already in business.

The paper opened many doors for Audrey. She was asked to be interviewed on a local radio station. The host liked her so much that he brought her on full time with her own show which had the same title as her newspaper, Women In Business Today. Audrey did the show for one year on WSOU 89.5 FM until her husband job transferred him to North Carolina. While in North Carolina, Audrey decided that she would start her own TV show. So she walked into a local TV station in Rocky Mount, NC and pitched the show idea to the station manager and the Women In Business Today TV show was born.
From 2010 to 2013 Audrey was the host of The Ask Audrey Show on Harvest Radio WKMB 1070 AM.

In 2008 Audrey produced a short documentary film about her journey as an entrepreneur titled RISE: An Entrepreneurs Journey To The Top. Audrey launched HerTube.TV in 2013 which distributes content via the set-top-box Roku, smart TVs and mobile apps including IOS, Android & Kindle Fire. HerTube TV will be premiering its new show Campus Crimes This Fall and producing 2-3 new shows in 2017 along with other projects. Campus Crimes follows 3 college friends who are on their journey of creating lives that they love. Dasia who is the lead character aspire to be an FBI agent, hence the title of the show Campus Crimes.

Audrey recently signed a 2 book deal with Cosby Media Productions. CMP will be publishing the books in eBook, trade paperback and audio books in many different languages. Audrey has been interviewed on national television talk shows and written up in national publications including Insight on Fox5 in Dallas, Money Matters Talk Show, The John Walsh Show, The Network Journal, Today’s Black Woman, The Motherhood, Global Black Women and more.

Watch Audrey talk show Talk Business With Audrey online at www.HerTube.TV, on Roku and on the HerTubeTV app in the Apple Store and Google Play Store. For more information about HerTube Media Network go to www.HerTubeMediaNetwork.com. To reach Audrey contact her Audrey@HerTube.TV or by calling 770-765-7315. You can also visit her website www.TalkBusinessWithAudrey.biz

Where to find Audrey Bell online 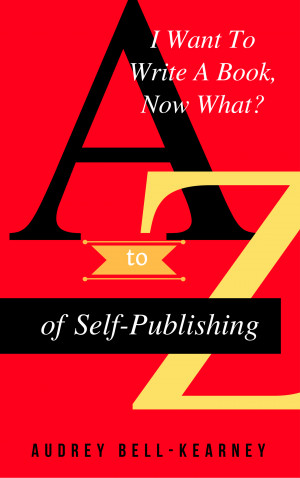 I Want To Write A Book: Now What? by Audrey Bell
Price: $14.99 USD. Words: 11,040. Language: English. Published: May 22, 2017. Categories: Nonfiction » Publishing » Self-publishing
Do you want to write a book, but you just don't know where to start? Well this short how to guide will show you exactly what you need to do write and self-publish your book. No matter if you are writing a children's book or a how to book you will find this information short and to the point. 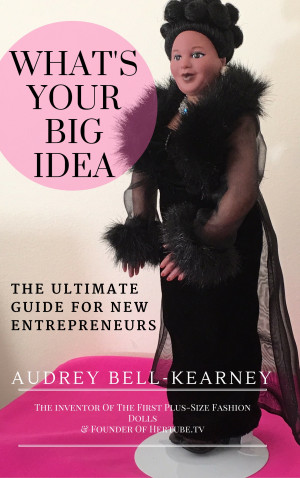 What's Your Big Idea: The Ultimate Guide For The New Entrepreneur by Audrey Bell
Price: $14.99 USD. Words: 23,350. Language: English. Published: May 22, 2017. Categories: Nonfiction » Business & Economics » Home-based businesses
A great for the person who has an idea to start a business. This book will walk you through the steps to take your idea from your mind to your business. It also provides you resources for not only starting your business, but also growing your business.' 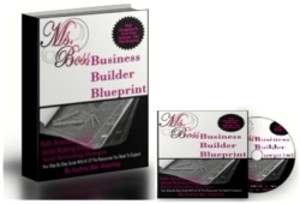 Ms.Boss Business Builder Blueprint by Audrey Bell
Price: $25.99 USD. Words: 17,410. Language: English. Published: December 19, 2012. Categories: Nonfiction » Business & Economics » Small business & entrepreneurship
The Ms. Boss Business Builder Blueprint is for the start-up entrepreneur who is looking for ways to grow their business and get exposure for their business. It's a great start up guide for new entrepreneurs who don't know a lot about marketing.

You have subscribed to alerts for Audrey Bell.

You have been added to Audrey Bell's favorite list.

You can also sign-up to receive email notifications whenever Audrey Bell releases a new book.