Shelia Goss and John A Wooden

John A. Wooden is a retired Major from the U.S. Air Force, a feature writer/columnist for The Perspective magazine in Albuquerque, New Mexico, and a freelance editor and ghostwriter who clients have appeared on several bestsellers' lists. His first novel, A Collection of Thoughts, was an expression of his thoughts on life and love. His second and third novels, A Moment of Justice, and An Eye for a Deadly Eye, were murder/suspense thrillers that introduced the world to Special Agent Kenny "KC" Carson, and brought his unique writing style to the forefront of the literary industry. John is the proud father of a son who has followed in his footsteps as an Airman in the U.S. Air Force and a daughter who is attending college to be a future doctor. To learn more, visit his website: www.jwooden.com 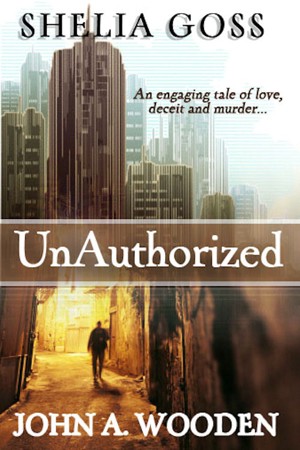 Unauthorized (A Suspense Thriller) by Shelia Goss and John A Wooden
Price: $2.99 USD. Words: 93,340. Language: English. Published: May 25, 2011. Categories: Fiction » Mystery & detective » General, Fiction » Thriller & suspense » General
UnAuthorized is a fast paced suspense thriller. What happens when a know it all reporter (Rachel Murphy) meets an overworked detective (Michael Henderson)– you get UnAuthorized. Detective Henderson’s investigation into a brutal murder leads him to Rachel's doorstep. Their personalities immediately clash. Danger and suspense draws these two unlikely people together in more ways than one.

You have subscribed to alerts for Shelia Goss and John A Wooden.

Would you like to favorite Shelia Goss and John A Wooden?

You have been added to Shelia Goss and John A Wooden's favorite list.

You can also sign-up to receive email notifications whenever Shelia Goss and John A Wooden releases a new book.