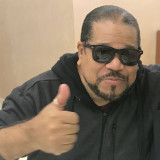 Paul B Allen III is best described as a Renaissance man.
He has written songs that have been number 1 on the charts in America and Europe, has been the lead singer of one of the greatest vocal groups of all time, The Platters, and he has acted in major Hollywood blockbuster movies, as well as in commercials.
As an author, Paul's style of writing is eclectic. He has currently finished his fourth book, a historical sci-fi / fantasy, named "Benjamin Franklin: Time Tripper," and his three other books currently available are the non-fiction, autobiographical "how-to," From Karaoke to The Platters; a comical set of short stories named, The Tall Tales of Erasmus Obadiah Short; and a superhero screenplay rendered to book form, Xiuying: The Power of X.

Sexy. Rich. Smooth. Warm. These are terms you'll most often hear as people describe his voice, the voice that brought him to stardom as the lead vocalist of one of the greatest vocal groups of all time, The Platters!
Paul B Allen, III was born in Omaha, Nebraska, but raised in San Bernardino, California. He has been involved in music virtually all of his life. Paul became the lead singer of the band, "Raw Sugar" a group established by his younger brothers, Corey and Milo. In a very short time, the band developed a tremendous following in the Southern California area.
Sometime after the "Raw Sugar" days, ex-James Brown saxophonist, Dr. Larry "T-Byrd" Gordon, heard Paul singing and was "knocked out" by his smooth vocal phrasing. T-Byrd immediately asked Paul to join his band. As the lead singer for "T-Byrd's" band, Paul performed for the rich and famous in Texas, including former Presidential candidate, Ross Perot, multi-millionaire Paul Bass, and The Dallas cowboy Cheerleaders.
As a vocalist, Paul has performed at many impressive venues, such as The Kennedy Center, backed by the National Symphony Orchestra, in Washington, DC. And the list of stars and dignitaries he has performed for is even more impressive, including performances for The Royal Family in England; Prince Albert, and his sister, Princess Caroline, of Monaco; and The President and First Lady of Fiji. Paul was also invited to the White House to perform for the President of The United States of America.
In March of 1997, Paul was asked by the original management company of The Platters to become the newest member of the group that they helped establish, and have continued to manage, since 1953. Since that time, Paul has led the group in performances on nearly every continent of the globe.
Paul is not only a world renowned vocalist. He is also an internationally published hit songwriter. He has written hits for UK Jazz Fusion band, Incognito (Top Ten on Billboard Magazine's UK Charts with Paul's song "Always There") and for Brothers In Rhythm (#1 on Billboard Magazine's Dance Charts with Paul's tune "Such A Good Feeling").
His songs have also been recorded by film and fashion diva, Grace Jones; Dance Music Divas Jocelyn Brown and Charvoni; Be-Bop music greats Side Effect; Soul music stylist Miki Howard; Jazz drummer extraordinaire, Bily Cobham; DJ Miss Behavin' of the UK (nominated for a BAFFY Award with her version of Paul's "Such A Good Feeling"); Dance Club king, Imhoot of The Netherlands; the legendary family vocal group, The McCrarys; the landmark African group, Sweet Talks; and Waye Henderson, a founding member of the world famous Jazz Crusaders.
Paul also enjoys acting. He has worked on the movies Lethal Weapon 4, starring Mel Gibson and Danny Glover, Rush Hour 2, starring Jackie Chan and Chris Tucker, Undisputed, starring Wesley Snipes, Ving Rhames and Peter Falk, and Miss Congeniality 2, starring Sandra Bullock and Regina King. Paul has also done commercials for The History Channel, UPS, and The Station Casinos, in Las Vegas, NV. He was also the principal in a 30 second commercial for Nevada Federal Credit Union as the spokesperson.
Most recently, Paul has written and performed five songs that will appear in a soon to be released Sci-Fi film in the UK called, "COOLIO-Time Travel Gangster."
And, Paul's first ever solo CD, titled "Paul B Allen, III - The Arrival" was released October 2, 2014 and given worldwide distribution.
He has also co-written a screenplay that is being turned into a feature film in China.
Now Paul has published four books in all. This non-fiction book, "From Karaoke to the Platters," the time travel fiction "Benjamin Franklin: Time Tripper," the fiction fantasy folk-lore piece, "The Tall Tales of Erasmus Obadiah Short," and and the Female Asian Super-Hero screenplay in book form, "Xiuying: The Power of X."

What is the greatest joy of writing for you?
What gets me excited is when I create a great new character. I love watching him or her evolve with each word and action. Before I know it, that character is saying things I would never say, and doing things I would never dream of doing! And when they start to interact with other characters in their world, all I can do is sit back and watch and listen and wonder where all this came from.
What do your fans mean to you?
Everything! For most writers, we write in a vacuum. And if we were the only people on planet earth, we would still have to write. But the truth is, as we write every word, we are visualizing that moment when we get to share our great new story with our friends, and our friends are our fans. At least that's how I look at them. They are all friends, and the ones who are encouraging and wish to support our endeavors one day become family. It's really nice when that happens.
Read more of this interview.

Where to find Paul B Allen III online 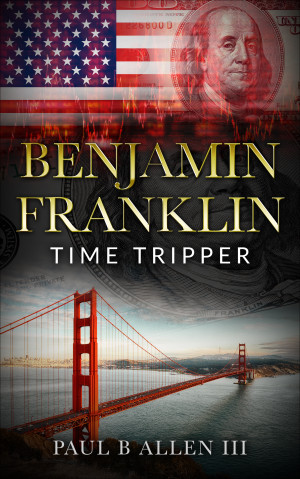 Benjamin Franklin: Time Tripper by Paul B Allen III
Price: $3.99 USD. Words: 13,740. Language: English. Published: October 5, 2017. Categories: Fiction » Fantasy » Historical, Fiction » Humor & comedy » General
Benjamin Franklin eating at McDonald’s, “expanding his mind” with help from Dr. Timothy Leary, and jamming with Stevie Wonder? Why would he ever want to go back to the 1700s? Because if he doesn’t find his way back home, and soon, his entire family line, and the United States of America itself, will cease to exist! History, fantasy, comedy and time travel. It doesn't get any better. Enjoy! 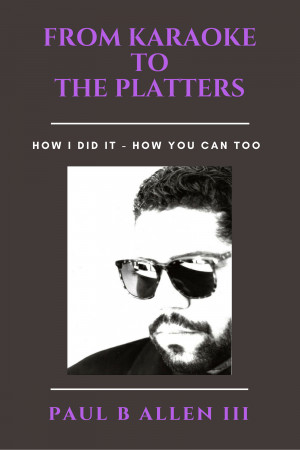 From Karaoke to the Platters by Paul B Allen III
Price: $9.99 USD. Words: 43,930. Language: English. Published: September 13, 2017. Categories: Nonfiction » Biography » Celebrity biography, Nonfiction » Music » Voice
The incredible and inspirational tale of how Paul B Allen III went from singing in karaoke establishments, to become the lead singer of one of the greatest vocal groups of all time, The Platters (Only You; Smoke Gets in Your Eyes; The Great Pretender, etc.). Paul documents step by step the things he did to make it happen, giving anecdotal experiences from his life that will entertain and delight.

You have subscribed to alerts for Paul B Allen III.

Would you like to favorite Paul B Allen III?

You have been added to Paul B Allen III's favorite list.

You can also sign-up to receive email notifications whenever Paul B Allen III releases a new book.