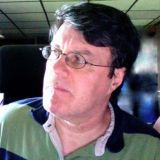 Dennis Robert Sinnott is a consultant specialist in the music industry.

His career began in 1970 in the trade department of the KPM group of music publishing companies in London where he specialized in the publication of classical and popular music.

In 1972 he transferred to the copyright department and in 1974, when EMI took over the company, he was promoted to copyright manager of B. Feldman & Co. Ltd (within the EMI group).
In 1976 he was promoted to Head of Copyright at EMI Music Publishing. This included Keith Prowse, The Peter Maurice Music Co.Ltd., Macmelodies, Ardmore & Beechwood, World Wide Copyrights, Francis Day & Hunter, Robbins, Screen Gems, Metromedia, New York Times Music, Music of the Times, Combine Music, Al Gallico Music, B. Feldman & Co. Ltd., and several hundred additional companies making it the largest international music publishing organization in the world.
Dennis&#39;s responsibility was in the protection of EMI Music&#39;s properties - a repertoire of over one million works ranging from classical to rock, pop to ballad, country to reggae, opera to stage, old time musical hall, drama, film theme, background and incidental music for television, radio, cinema and modern songs of all types. In addition to the protection of the company&#39;s works his speciality was in licensing rights domestically and globally including synchronization, advertising, grand rights for stage musicals and all other forms of commercial publication.

In 1977 Dennis accepted a Directorship at Velvet Music, Orange Publishing Ltd and Milmarsh Music Ltd where he signed new and successful writers internationally, and participated in several global conferences including Midem. Some of the many acts signed to Orange were John Miles (&quot;Music Was My First Love&quot;) Nigel Benjamin, English Assassin, Chip Hawkes (from the Tremeloes and father of Chesney Hawkes), Ritchie Hale & the Stormers (&quot;Punkski&quot;), Cock Sparrer, the Little Roosters, Kenny Ball and many others. In 1983 he formed Christel Music Ltd for the purposes of administering companies and providing a consultancy service to the music and record industry as a whole.

To date Dennis has represented organizations throughout the world and has resolved numerous copyright disputes, has negotiated record, publishing, management and production contracts, securing deals involving artists such as: Jamiroque (Jason Kay) for Re-Elect the President and EMI, John Miles at Night of the Proms and the Tina Turner tour, Rick Wakeman for PXM and EMI, Jeff Calvert (writer and producer of &quot;Barbados&quot; and &quot;I Lost My Heart To A Starship Trooper&quot; vis Sarah Brightman), Peter Moss (composer of the tv series Grange Hill, Freddie Starr Showcase and the Huddlines with Roy Hudd - BBC), Jane McDonald (tv series - the Cruise; Star For a Night), and hundreds more.

He also specializes in evaluating copyrights and is a technical consultant in the formation of publishing, management, record and production companies.

Where to find Dennis Sinnott online

Setting Up Your Own Music Publishing And Record Label.
Hi, if you're someone looking for a way to succeed in the music industry - you may want to consider song publishing. Song publishing is a highly lucrative and exciting field, especially for those of us with a passion for music. For one thing, it can generate more income over a longer period than any other field in the music industry. If this is something that interests you, have a look at my video, right now. Wishing you great success, Dennis Sinnott 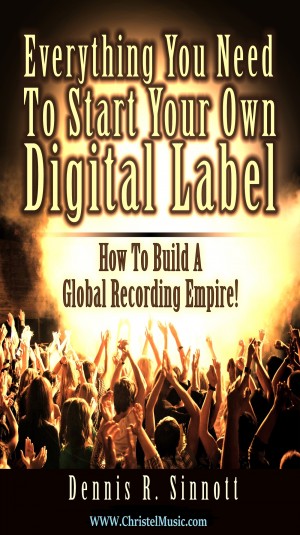 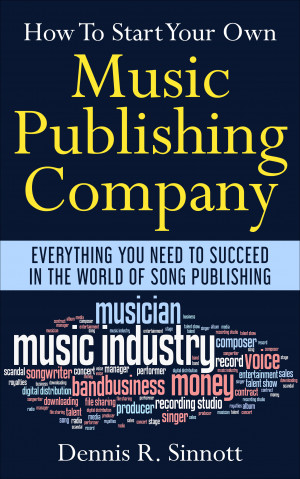 How To Start Your Own Music Publishing Company by Dennis Sinnott
Price: $4.95 USD. Words: 18,140. Language: English. Published: November 4, 2012. Categories: Nonfiction » Music » Music business, Nonfiction » Music » Instruction & Study - Appreciation
If you've ever toyed with the idea of getting into music publishing - now you can - and for practically nothing. The reason? The rapid advance of digital has practically zeroed out overheads. This book shows you in simple steps how to do it. Here's your chance to get into the most lucrative field in the music industry! Get your copy today!

You have subscribed to alerts for Dennis Sinnott.

You have been added to Dennis Sinnott's favorite list.

You can also sign-up to receive email notifications whenever Dennis Sinnott releases a new book.