Educated in electrical engineering, Nathan worked as an engineer and engineering manager, primarily at Texas Instruments, before joining the University of Texas at Dallas as a teacher. He taught full-time for 16 years and continues to teach half-time.
He is married to Faye Lynn King, Ph.D., herself a long-time professor of Social Science in Dallas. She is Nathan’s copy editor, specializing in grammar and preventing the author from his most frequent bad habit of using too many commas. He has three daughters, the youngest of which, Sharon, is also an author.
Nathan began writing seriously in 2012 and has attended seven Superstars Writing Seminars. He has a story in the Purple Unicorn Anthology with daughter Sharon, and a short story sale to Mike Resnick’s Galaxy’s Edge. Shadow Warriors, the first of a young adult science fiction series, is his first book sale. He and Sharon will soon release an anthology of SF stories, To the Stars.
Nathan’s background is in computer engineering, and he still conducts a sophomore course in digital circuits, assembly language programming, and fundamentals of computer architecture. His teaching awards include two as Best Teacher in electrical and computer engineering and a top teaching citation from the university.
In his “spare” time, he loves weight lifting, hiking in Rocky Mountain National Park in Colorado, and solving crossword puzzles with wife Faye Lynn. 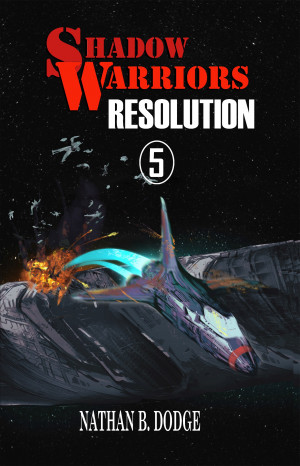 Shadow Warriors: Resolution by Nathan B. Dodge
Price: $4.99 USD. Words: 96,990. Language: English. Published: April 1, 2020 by WordFire Press. Categories: Fiction » Young adult or teen » Science Fiction, Fiction » Young adult or teen » Science Fiction
Cal and Letty are missing, and the Horde appears to be massing a titanic fleet to attack Earth. Tony, Opi, and Sasha rally together to lead the Alliance fleet in what may be both Molethan’s and the Alliance’s last stand. Can the remaining members of crew Red-17 lead Alliance forces to one final victory? 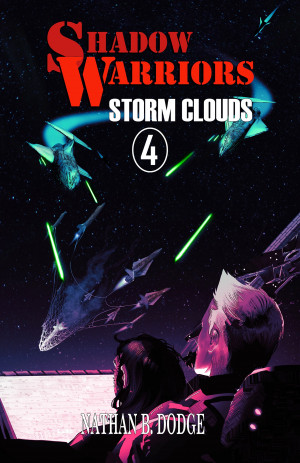 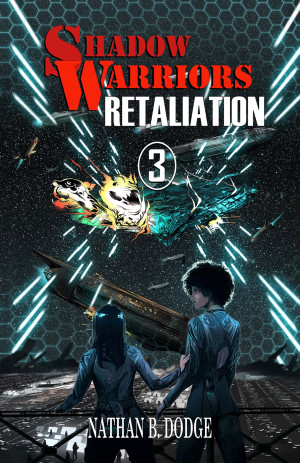 Shadow Warriors: Retaliation by Nathan B. Dodge
Price: $4.99 USD. Words: 107,190. Language: English. Published: July 10, 2019 by WordFire Press. Categories: Fiction » Young adult or teen » Science Fiction, Fiction » Young adult or teen » Adventure
Shadow Warriors forces led by Cal, Letty, Tony, Sasha, and Opi have defeated two Horde invasions. Opi, their planner, decides that they’ll need new methods to defeat another invasion. The team searches for and finds the main Horde base in the galaxy and strikes…but in the midst of the attack, they are assailed by a new enemy! Can they fight both battles and still defeat The Horde? 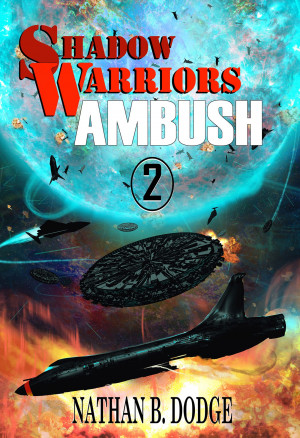 Shadow Warriors: Ambush by Nathan B. Dodge
Price: $4.99 USD. Words: 98,990. Language: English. Published: February 1, 2019 by WordFire Press. Categories: Fiction » Young adult or teen » Science Fiction, Fiction » Science fiction » Space opera
Forced to train as Shadow Warriors, Cal, Letty, Tony, Sasha, and Opi hated each other at first, but became both a crew and a family, finding a way to defeat a galactic enemy. That enemy has returned, with even more dangerous fighting ships. With their commander on trial for incompetence, can they save her career and defeat the enemy once again? 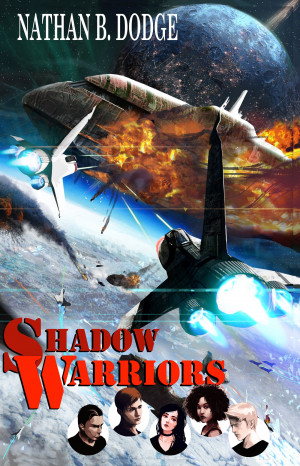 Shadow Warriors by Nathan B. Dodge
Price: $4.99 USD. Words: 97,600. Language: English. Published: November 6, 2018 by WordFire Press. Categories: Fiction » Young adult or teen » Science Fiction, Fiction » Young adult or teen » Adventure
"Cal’s father is a drunk. Letty’s rich parents fight all the time. Tony lived on the streets with his mother until she died. Opi’s stepmother wants her huge inheritance. Sasha’s foster family is abusive. Kidnapped by aliens, they must train as the crew of a galactic fighter to combat an enemy that threatens the entire Milky Way.

You have subscribed to alerts for Nathan B. Dodge.

You have been added to Nathan B. Dodge's favorite list.

You can also sign-up to receive email notifications whenever Nathan B. Dodge releases a new book.