Ned M. Huckins. is a proud American of about forty five winters, whose done more, tried more, and survived more than most men his age. A self-described mix mutt white, leaning right, marginally bright, technology hating American Neanderthal and damn proud of it who can strip a firearm, an engine block, or a willing woman, with equal ease. He has a history of aiding others in need, then moving on with the wind without thought of compensation, be it getting a child home safely or helping a stranger in trouble.

His writing style is refreshingly old school and often blue collar proud, a reflection of the life he’s lead. Like him, his prose is openly honest and free flowing without politically approved restraints, yet is scripted in a manner that allows any age group or gender to enjoy his work.
Where society as a whole, seems to consider concepts like honor, pride, and freedom of choice obsolete and arcane, for him, they are guiding tenets. And this shows in his writing.For he firmly believes that without these most basic rights, a man, or a woman,… is not a person at all, but an empty shell traveling in a straight, safe and sterile, line from the cradle to the grave.

He has a wealth of experiences to draw from, swept up in passing as he stormed through life, which he calls upon to weave and craft the living worlds within the cradles of his books. He doesn’t just write about life. He’s lived it. Embraced it. Survived it. Spit out his teeth and went back for more.

Ned is a cancer survivor, a lifetime Fibromyalgia fighter, and stroke deny ‘er. Has worked with and as a law enforcement officer and wildfire suppression specialist as well as being branded an outlaw by modern society’s paper laws. His travels include a lifetime of low altitude mountaineering, far off trail deep woods wanderings, barren ridge running and shoreline scrambling.

He clearly prefers dense brush to pavement. Glacier clad mountains to skyscrapers. Night to streetlights.He’s shared fishing holes with otters, berry patches with bears, ridges with cougars, and campfires with hippies. And legend has it, was actually seen wearing a suit … once.

His writing spans more than twenty winters, with over forty works finished including a fifteen book series based on colonizing a Cretaceous type environment, but only recently, has he decided to share his carefully crafted creations with the world. The stars whisper that there will be more stories released in the near future.

It is rumored that Ned still roams free somewhere on the Olympic Peninsula in Washington State, U.S.A. For now. 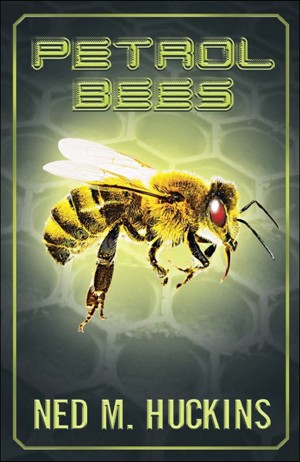 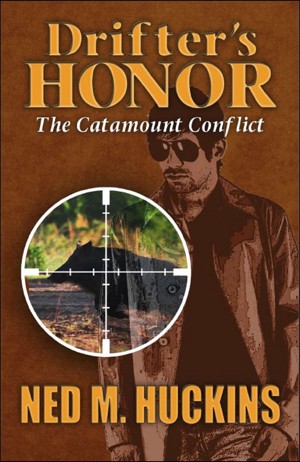 Drifter’s Honor “The Catamount Conflict” by Ned M. Huckins
Price: $5.99 USD. Words: 72,210. Language: American English. Published: October 22, 2012 by Brighton Publishing LLC. Categories: Fiction » Adventure » Men’s adventure, Fiction » Thriller & suspense » Action & suspense
A Stranger wanders into a small town and saves two lives—using his gun. Sentenced to community service, he is drawn into the local problem—huge, predatory feral hogs. After becoming the head of the eradication effort, he faces down every challenge, including killing the King Hog, “Negro Diablo.” Soon, it becomes a duel of honor between the Hog Killer and the King Hog. Can man conquer nature?

You have subscribed to alerts for Ned M. Huckins.

You have been added to Ned M. Huckins's favorite list.

You can also sign-up to receive email notifications whenever Ned M. Huckins releases a new book.