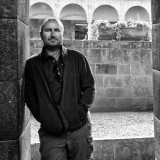 Scott Maka was born in Palmerston North, New Zealand, in 1969. After finishing school he worked for five years as an orchardist and beekeeper in the Bay of Islands. Boredom prompted him to retrain (via university and journalism school) as a news reporter. He wrote more than 2000 stories for the Waikato Times and New Zealand Herald before being promoted to Chief Reporter at the Bay of Plenty Times. In 2005, he resigned in order to travel with his partner, Jo. As of 2014 they were still travelling - surviving on incomes earned as English language specialists.

Tell us about your novella, MH370.
It's a fictional account of the events leading up to the disappearance of an international jetliner. I'm sure your readers are already familiar with the real-life disappearance. The aircraft vanished on 8 March, 2014, during a flight between Malaysia and Beijing. By sheer coincidence, I happened to be flying out of Malaysia just one week after the Boeing disappeared - on almost exactly the same flight path. I don't normally get scared in the air, but I found this particular flight to be quite nerve-wracking. All sorts of terrifying thoughts were going through my head. By the time I reached my destination (Hanoi), those thoughts had morphed into the idea for a book.
Aren't you worried that you'll be accused of "cashing in" on the disaster?
Frankly I am. A couple of directors have already announced that they will make films about it, and they've been copping a fair amount of criticism. I suppose the thinking is that those films - or my novella, for that matter - will upset the relatives of the deceased. I really don't think that's going to happen. I can't imagine that any relatives will go out and buy fictional accounts of the disaster. They probably won't even be aware of my book unless some journalist rings them up and tells them about it. There are already lots of conspiracy theories being published on the internet. I think that those would be much more upsetting, because some of them offer false hope.
Read more of this interview. 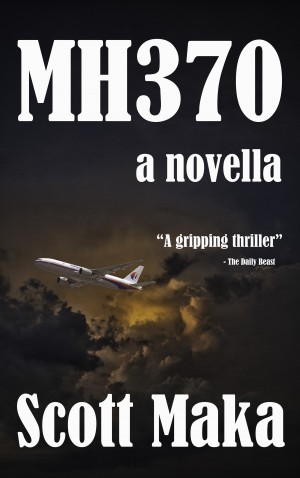 MH370: A Novella by Scott Maka
Price: $3.99 USD. Words: 36,110. Language: English. Published: June 2, 2014. Categories: Fiction » Thriller & suspense » Crime thriller, Fiction » Adventure » Action
"A gripping thriller ... an interrogation of faith and fanaticism" - The Daily Beast Backpacker Jane splits a taxi fare with two mysterious men – enmeshing herself in a deadly intrigue. When night falls over the South China Sea, and her airliner’s cabin-crew switch off the lights, Jane must draw on everything she has learned in a confrontation that will spark one of the greatest modern mysteries.

You have subscribed to alerts for Scott Maka.

You have been added to Scott Maka's favorite list.

You can also sign-up to receive email notifications whenever Scott Maka releases a new book.