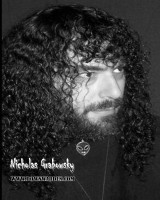 Nicholas Grabowsky's novels of horror/fantasy and mainstream pulp fiction, both as himself, as Nicholas Randers, and as Marsena Shane, have generated worldwide acclaim for over two decades and praised by many of today's most popular horror gurus in the literary world. He began his career in traditional publishing houses with brisk sellers in mass market paperback horror and romance, and in the last two decades is seen by many as a mentor to many authors and the smaller presses, which has become to him a passion.

He's a veteran special guest at numerous genre conventions and makes appearances and signings across North America. He has been in the limelight a radical gospel preacher right out of high school and in the following years a rock vocalist, teacher, lecturer and activist, editor, publisher and founder of the Sacramento-based Diverse Media small press, which has recently blossomed into the subdivisions of Black Bed Sheet Books, which publishes "exemplary literature, fiction & non" but specializes in horror/fantasy, Black Bed Sheet Productions, which produces independent film and television, and Blue Bed Sheet Books, which publishes children's books, and other subdivisions in progress.
Currently, Nicholas is at work with numerous anthologies, graphic novels and comic books, an Everborn sequel and the novels The Downwardens and The Sirens of Knowland. His independent film projects include the upcoming slasher creature feature Cutting Edges.

"My Dear Nicholas: You seem to me---in a way that's entirely admirable----a man out of time. You're writing horror epics when the audience has become increasingly numbed by cinematic hokum and stale ideas. I salute you: your ambition, your dedication, your achievements, your blissfully complex imagination...." ----Clive Barker (bestselling author & director, Hellraiser, etc.)

"Grabowsky's writing is at times touching and emotional, however, his real talent is his ability to infuse his writing with a sense of dread and loathing that I have not experienced since H.P. Lovecraft..." ----Tahoe Daily Tribune

"Grabowsky melds horror and Sci-fi with such expertise that I am left speechless." ---Gorezone Magazine

Where to find Nicholas Grabowsky online

Nicholas Grabowsky Interview Fangoria Burbank 03 With John Aka The Edge--GMX
I had the honor to interview Nicholas Grabowsky, Nicholas wrote the novel version of Halloween 4, I said Oh dam, man got interview him, Priscilla sent me this footage. I forgot that interviewed the acclaimed author years back at Burbank Fangoria 2003, Horror Icons From Clive Barker, My Favorite Author Stephen King, The Great Wes Craven to name a few..If H.P. Lovecraft was alive he would say dam it..I wish I wrote that lol! I'm a HP fan..this interview was backkkkk in the day 2003 at fango.. 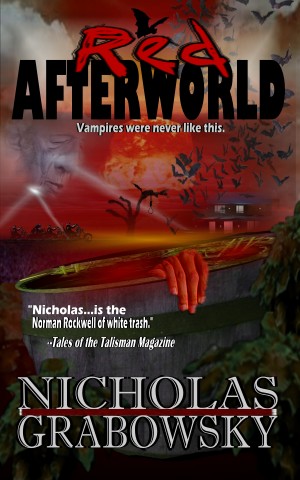 Red Afterworld by Nicholas Grabowsky
Price: $1.98 USD. Words: 42,480. Language: English. Published: February 29, 2016 by Black Bed Sheet Books. Categories: Fiction » Horror » Weird fiction, Fiction » Science fiction » Apocalyptic
All Dayton Monday wanted was to make a difference in this world. But the world isn’t what it used to be. Global nuclear war has already begun. The world is in chaos. The water supply of major amusement parks has been tainted with LSD by terrorists. But Dayton’s neighbor promises that if he joins his male biker fraternity, the Brotherhood of the Black Heroes, he can help make the world better.... 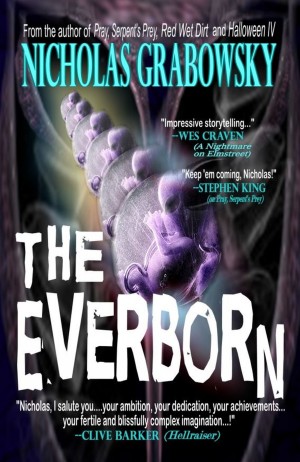 The Everborn by Nicholas Grabowsky
Price: $2.98 USD. Words: 127,060. Language: English. Published: February 28, 2016 by Black Bed Sheet Books. Categories: Fiction » Horror » General, Fiction » Science fiction » General
The Everborn concerns the offspring of fallen angels that have lived among us since the dawn of man. Throughout the ages, they live life after life in normal society until each one falls in love and fathers his own child. Before that child is born, they undergo a rapid degeneration into a fetal state before they disappear entirely and become reborn into a new life. 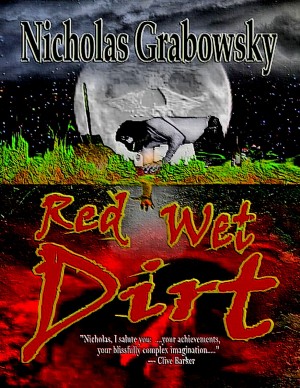 Red Wet Dirt by Nicholas Grabowsky
Price: $2.48 USD. Words: 100,160. Language: English. Published: February 28, 2016 by Black Bed Sheet Books. Categories: Fiction » Horror » Weird fiction, Fiction » Fantasy » Short stories
“I don’t know what else to say about this that has not already been said by some of the best writers of the genre. All I can do is join them in singing his praises. Grabowsky is a master of taking old legends and giving them new life… discover for yourself one of the best up and coming writers of our decade!” --Eve Blaack, Hacker’s Source Magazine, on RED WET DIRT 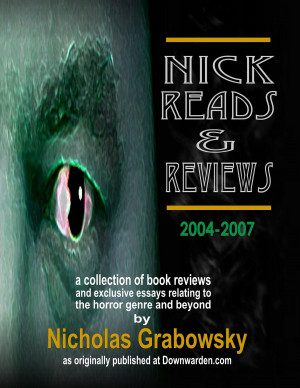 Nick Reads and Reviews by Nicholas Grabowsky
Price: $0.99 USD. Words: 30,440. Language: English. Published: February 21, 2011 by Black Bed Sheet Books. Categories: Fiction » Horror » Occult, Nonfiction » Reference » Publishing & books
Since 2004, highly acclaimed horror fiction author Nicholas Grabowsky has reviewed books given to him from authors and their agents and publishers large and small, paying particular attention to what the smaller presses have to offer. Never reviewing for payment or profit, he used these reviews as a dscipline towards maintaining a reading schedule and as writing excercises. 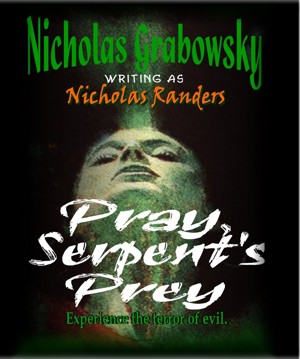 Pray, Serpent's Prey by Nicholas Grabowsky
Price: $1.98 USD. Words: 95,460. Language: English. Published: February 21, 2011 by Black Bed Sheet Books. Categories: Fiction » Horror » General, Fiction » Fantasy » Urban
An ancient predecessor of modern-day vampires casts its evil upon the peaceful Montana town of Bloomgarden circa 1980's, where high-schooler Chris Barrett, his friends, a mysterious old man and a self-righteous preacher must learn to deal with these formidable demons while wrestling with their inner ones. 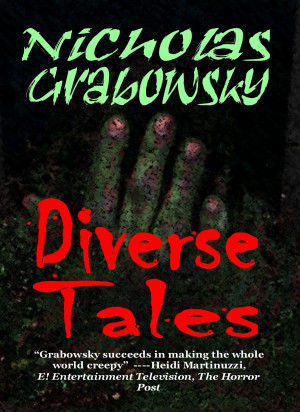 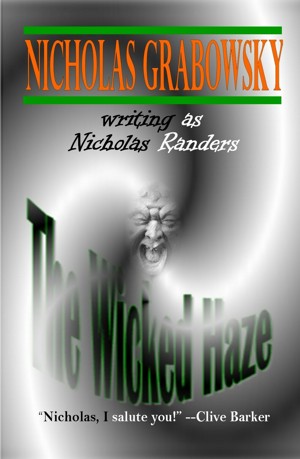 You have subscribed to alerts for Nicholas Grabowsky.

You have been added to Nicholas Grabowsky's favorite list.

You can also sign-up to receive email notifications whenever Nicholas Grabowsky releases a new book.