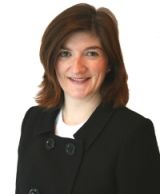 Nicky Morgan is Member of Parliament in the UK for the constituency of Loughborough. Nicky studied law at Oxford University. In September 2010 Nicky was appointed Parliamentary Private Secretary (PPS) to the Rt Hon David Willetts MP, Cabinet Minister at the Department of Business, Innovation and Skills. She had previously been elected by her fellow MPs to serve on the Business, Innovation and Skills Select Committee, but gave up that position following her appointment as a PPS.

You have subscribed to Smashwords Alerts new release notifications for Nicky Morgan MP.

You have been added to Nicky Morgan MP's favorite list.

You can also sign-up to receive email notifications whenever Nicky Morgan MP releases a new book.