Nicole Chardenet graduated from Kent State University back when Duran Duran was still considered cool. She was in the medieval re-creation group The Society for Creative Anachronism, where she learned how to dress like a historically misplaced dork, belly dance, flirt outrageously, terrify battle-hardened Vikings and dance around campfires at midnight surrounded by screaming barbarians wearing loincloths and roadkill and very little else. Her writing credits include a technology column with a colleague for a New England alternative newspaper, various freelance pieces, and several SCAdian “filk songs”, the less said about which the better. She currently lives in her Den O' Iniquity in Toronto, where she now terrifies Canadians rather than Vikings.

Where to find Nicole Chardenet online 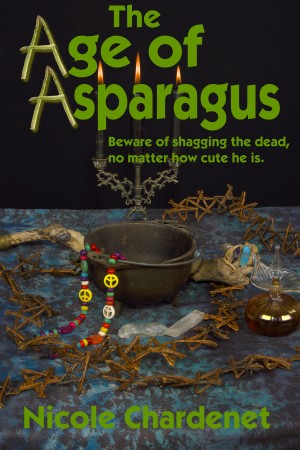 The Age Of Asparagus by Nicole Chardenet
Price: $2.99 USD. Words: 92,010. Language: English. Published: July 15, 2016. Categories: Fiction » Fantasy » Paranormal
Young witch and giant Jim Morrison fan Gwenhwyfar wants a boyfriend of her own. There's really only one thing left to do, clearly: Bring the drop-dead sexy Lizard King back from the dead! Problem is, there are always repercussions with this sort of thing. Allowing in unwanted entities. Encouraging delusions of adequacy in your crazy Aleister Crowley-loving neighbor. Things could get REALLY weird. 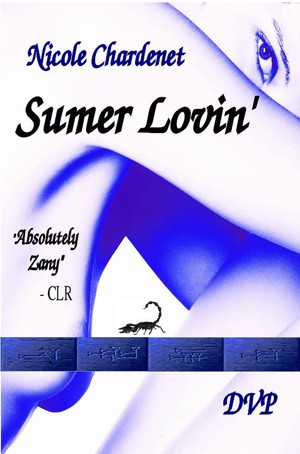 Sumer Lovin' by Nicole Chardenet
Price: $2.99 USD. Words: 84,660. Language: English. Published: June 9, 2013. Categories: Fiction » Humor & comedy » General, Fiction » Fantasy » Paranormal
Sumer Lovin' is a humorous look at the search for love and lust in Toronto, the most singles-challenged city in North America, rendered even more challenging by an invasion of demons and other bizarre denizens from ancient Sumeria, released onto the relentlessly normal city from the Underworld by an earthquake. 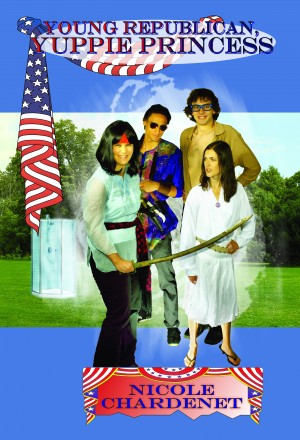 Young Republican, Yuppie Princess by Nicole Chardenet
Price: $2.99 USD. Words: 135,340. Language: English. Published: April 2, 2012. Categories: Fiction » Fantasy » Contemporary
It's 1984 and the future looks bright for college student and future yuppie Joyce Bacyrus, until her computer geek friend opens up a portal to an alternate universe. She and her friends must rescue a young woman while facing off against a feminazi witch, a heavy metal sorcerer and a prince who's from New Jersey.

You have subscribed to alerts for Nicole Chardenet.

You have been added to Nicole Chardenet's favorite list.

You can also sign-up to receive email notifications whenever Nicole Chardenet releases a new book.