Richard Behrens is the co-founder of Nine Muses Books and author of the Lizzie Borden, Girl Detective series of mysteries. He is a contributor to The Hatchet: A Journal of Lizzie Borden and Victorian Studies as well as The Literary Hatchet, both available from PearTree Press. He is a regular lecturer on eccentric Victorian women and silent film comedy and often gets confused about what century he lives in. A native New Yorker, now living in New England, Richard is working on several more Lizzie Borden, Girl Detective mysteries including two novels: The Minuscule Monk (2015) and The Wilmarth Immovables (2016).

How did you first come up with the concept of Lizzie Borden being a girl detective?
I happened to order a few old Nancy Drew books over EBay. My intention was to read them for fun since my sister had all of them when I was growing up and I had read several when I was in grade school. Reading as an adult, they are so breezy and a lot of fun, but I was surprised how much sinister stuff was in them. The older 1930s Nancy Drew smoked and actually carried a gun. So I decided to sketch out a spoof of the genre, just for fun.

I made up a girl detective living in the 1930s. Her father is a big attorney in town and she has a kooky house maid and sidekick pal from school, etc. But when I wrote a few pages and read it back, it seemed too much like the original, like I couldn’t spoof it because it already had that comic edge to it. The only thing I could do to make it funnier was to place it in another century.
I toyed around with a few time periods. For a while I wanted to do London during the time of Queen Elizabeth, so the girl detective could be the illegitimate daughter of the Earl of Southampton and have access to people like Shakespeare and solve the death of Christopher Marlowe. But I admit I got lazy and felt it would involve too much research.

I had already been reading about Lizzie Borden and visiting the Bed & Breakfast and all that Fall River stuff was fresh in my mind. So I sketched out a girl detective in New England during the 1890s. She can solve the Borden murders, I joked. Then it hit me like a thunderbolt. Why not make her Lizzie Borden? After writing a few pages I had myself in stiches and I knew I had hit upon something with great entertainment value. The Borden Family turned out to be a better source of satire and drama than an Elizabethan theater company.
Did you have any hope at that point of getting it published?
I felt it had great commercial potential. The title alone made everyone crack up. But it was still a few years before books like Abraham Lincoln, Vampire Hunter and all those Jane Austen monster mash-ups so I wasn’t quite sure. Besides I had to write the stories first and see how they turned out. Fortunately, I had an offer from The Hatchet magazine, the journal of Lizzie Borden studies, to pursue this and had help from a few people who knew a lot about the historical Bordens. Talking to them and visiting Fall River gave me a lot of inspiration. I began publishing the stories in The Hatchet and its sister magazine The Literary Hatchet and felt content with that for a few years. The concept was still taking shape.
Read more of this interview.

Where to find Richard Behrens online

Lizzie Borden, Girl Detective Mini-Mysteries by Richard Behrens
Introducing Miss Lizzie Borden of Fall River, Massachusetts, a most excellent girl detective and the most remarkable young woman ever to take on the criminal underworld in late 19th century New England. Many years before her infamous arrest and trial for the murders of her father and stepmother, Lizzie Borden pursued a career as a private consulting detective and matched wits with a crooked spiritualist, an agitated elocutionist, the rowdy and deadly sporting boys, a crazed and vengeful mutineer, an industrial saboteur, and a corrupt and murderous textile tycoon—none of whom are exactly what they seem to be. In these short tales of mystery and adventure, Lizzie Borden is joined by her stubborn and pinchfisted father Andrew; her jealous and weak-chinned sister Emma; her trusted companion Homer Thesinger the Boy Inventor; and the melancholy French scion Andre De Camp. Together, they explore Fall River’s dark side through a landscape that is industrial, Victorian, and distinctly American. You have met Lizzie Borden before. But never like this! 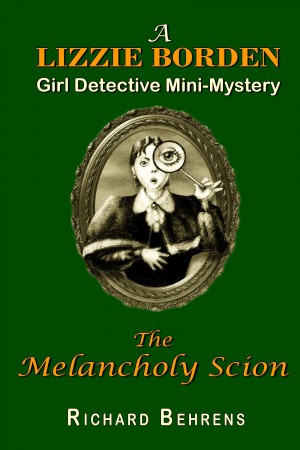 When Andre de Camp, the Melancholy Scion of Fall River, joins Lizzie Borden the Girl Detective in search of a stolen industrial document, the fate of Eastern Europe rests in their hands. Can they outwit master spies to advert a world war? Who are the Sporting Boys? And what is the Arcady Society? This is Lizzie’s most exciting and romantic adventure yet! 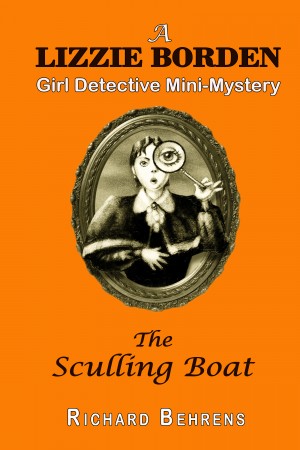 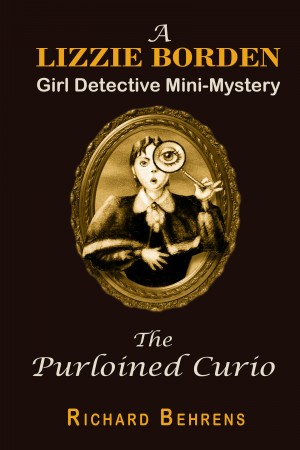 When Elizabeth Wingate, a fraudulent spiritualist, comes to Fall River to exploit the grief of a bereaved widow, Lizzie Borden the Girl Detective joins forces with her cousin Sarah Borden and Homer Thesinger the Boy Inventor to protect the widow and expose a dark secret. The Purloined Curio is the third mystery in the Lizzie Borden Girl Detective Mini-Mystery series. 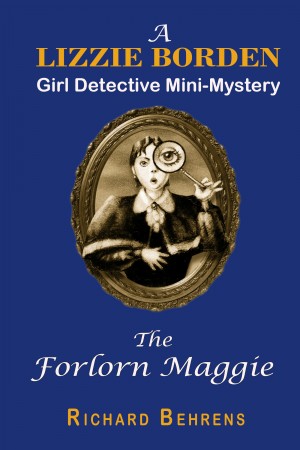 When Fiona Conway, the Forlorn Maggie, seeks revenge against Fleet Footed Fleet, the savage mastermind of the B.M.C. Durfee Mutiny, Lizzie Borden must summon all of her courage and confront her own dark secret. Together with her pinchfisted father Andrew Borden, Lizzie explores Victorian New England's dark side. You have met Lizzie Borden before, but never like this! 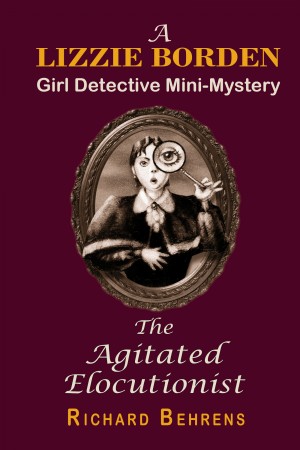 When Mrs. Arbuthnot, the Agitated Elocutionist of Fall River, reports the disappearance of her coveted Star of Swansea, Lizzie Borden the Girl Detective enters into a maze of secrets, lies and tongue twisters. Together with her loyal cousin Sarah Borden, Lizzie explores Victorian New England's dark side. You have met Lizzie Borden before, but never like this!

You have subscribed to alerts for Richard Behrens.

You have been added to Richard Behrens's favorite list.

You can also sign-up to receive email notifications whenever Richard Behrens releases a new book.