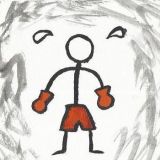 Nolan Whyte is a fiction writer. He scatters words all over the place, writing for a variety of websites, ghostwriting too much, and sometimes releasing serious fiction here and there. The best place to keep track of him is his twitter feed, although that seems to be about hockey way too much of the time.

What's the story behind "Late at Night"?
"Late at Night" is a collection of short stories. These are pieces I've written over the last ten years that have either disappeared or were never really seen to begin with. They're mostly drinking and sex stories, two things that usually happen, yes, late at night. It's not a long book, but it has some funny bits. It's a good little introduction to my work.
What is "Comeback Road"?
"Comeback Road" started as "In the Van on Comeback Road," which was a fiction series at the website Ultimate-Guitar.com. It ran on that website back in 2006-07 and received a very enthusiastic response from the visitors to the site. I've published it as a eBook a few times and I'm happy that it's now available on Smashwords. It's about a guitar player who is going through a divorce, going through some tough times, and he ends up with a band of young players on a cross-country tour. Each time I look at it again I'm surprised by its humor. It's older now, but it's still pretty funny.
Read more of this interview.

Where to find Nolan Whyte online 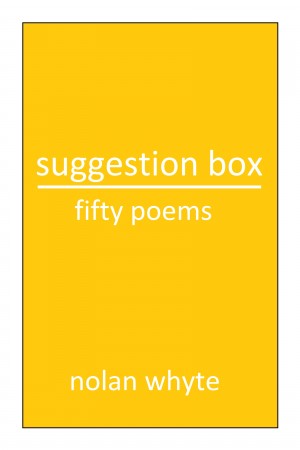 Suggestion Box: Fifty Poems by Nolan Whyte
Price: $0.99 USD. Words: 4,490. Language: English. Published: June 4, 2016. Categories: Poetry » Canadian Poetry, Poetry » Contemporary Poetry
This is a collection of fifty poems, each based on a single word. The words were suggested by the author's online community, and the results are at turns inappropriate, heart-breaking, and hilarious. 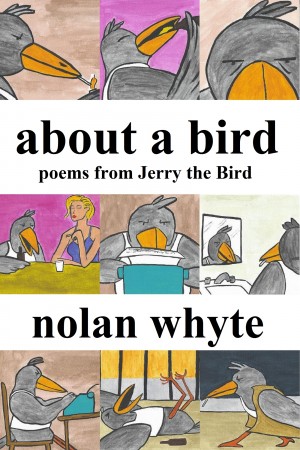 About a Bird collects the poems written by Jerry the Bird, the beer-soaked and hard-boiled star of the novel Among the Humans. Included are several poems, a chapter of Among the Humans, an interview where he opens up about the success of his novel, and the last thing he ever wrote, a story titled "The Bird (A Very Short Novel)." A great introduction to an amazing character. 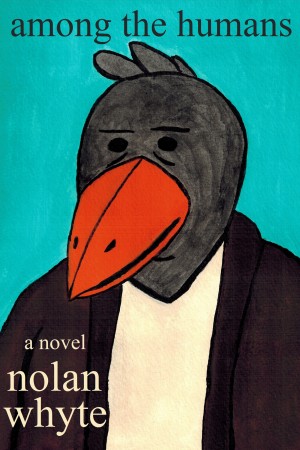 Beer-soaked and hard-boiled, Jerry the Bird is doing his best to fit into human society. He has a fledgling career writing mysteries, but when his lizard best friend drags him into the search for a missing stripper, Jerry finds himself living a dime-store mystery instead of writing one, all while trying to win the heart of the girl next door. Dark and hilarious, Among the Humans is unforgettable. 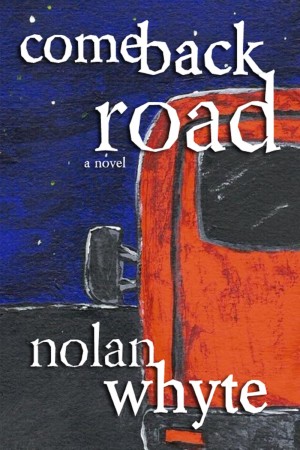 Comeback Road: A Rock and Roll Adventure by Nolan Whyte
Price: $3.99 USD. Words: 66,290. Language: English. Published: May 5, 2014. Categories: Fiction » Humor & comedy » General, Fiction » Coming of age
Comeback Road is loaded with beers, bars, and guitars. Terry is a washed-up rock musician looking to get his career back on track. He finds a few young players to back him up, and in no time he's in a van, crossing the continent on a tour full of drinking, fighting, falling in love, and breaking up bands. A hilarious look at the hard-luck heroes of rock, Comeback Road is endlessly entertaining. 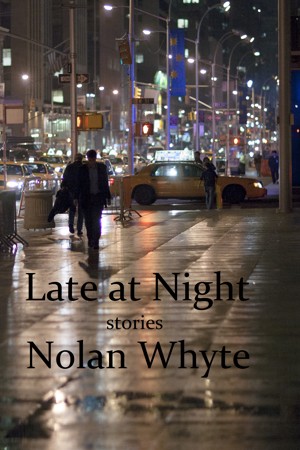 Late at Night by Nolan Whyte
Price: $0.99 USD. Words: 8,970. Language: English. Published: February 9, 2014. Categories: Fiction » Literature » Literary, Fiction » Humor & comedy » General
Nothing ever good happens late at night. But strange things happen, and questionable decisions are made. "Late at Night" is a collection of short stories, and many of them take us into the night, when drinking, sex, strange ideas, and poor judgement have their way. Full of humor and desperation, the seven stories here take us all the way from the street to the bar to the bedroom and beyond.

You have subscribed to alerts for Nolan Whyte.

You have been added to Nolan Whyte's favorite list.

You can also sign-up to receive email notifications whenever Nolan Whyte releases a new book.