Third generation 'Cracker' (Floridian). Roamed the state when it was still a little wild (60-70's). If it involves camping, hunting, boating or diving, probably 'been there'.

My brother and I were acting like Steve Irwin before he was born. He was a hero in later years and we still miss him.

Like everyone else, I always sought 'the meaning of life'. In 1973, I found it. Some experiences and lessons since then are reflected in the story Arak...with a few twists.

Readers tell me that, whether you are 'religious' or not, this one will take you for a ride.

Do you remember the first story you ever wrote?
I remember the first one that anyone noticed. In my sophomore high-school year, our English teacher had us all write short stories. At the time I was fascinated with the dragsters and funny cars which made appearances at our local tracks and thundered down the quarter mile. I had been present when one driver lost his life in a crash and so I wrote the story from his viewpoint of making the run and then having time slow down as the car tumbled him to his death. The teacher read it to the class and started crying near the end. I think she tried to have it published in some magazine but can't remember which.
What is your writing process?
There's a process? I'm only partly kidding. I don't have a formula for getting so many words a day out or any of the great tips you hear about. I find the words will often start to come at the oddest of times, (like when you're really busy with something else), but you had best take advantage of those. When it's streaming, I basically just let it pour out on the first draft. I think that's pretty common practice for a lot of us. I never try to over think the initial run through. I'm frequently amazed at how something early in the story, will dovetail with something later without much concious effort...go figure.
Read more of this interview.

Where to find Morris Clark online 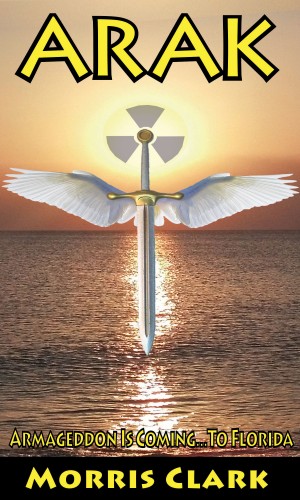 Arak by Morris Clark
Price: $1.99 USD. Words: 117,370. Language: English. Published: October 14, 2014. Categories: Fiction » Thriller & suspense » Action & suspense, Fiction » Christian » Suspense
Another story with angels and demons...old news right? Not this time. As one reader put it:“Many fictional stories about angels and demons have been written, but none like this!” The action takes place in the Sunshine State and there is definitely 'trouble in paradise'. Combine a demon prince, a deadly African snake and a nuclear power plant. Throw in terrorist or two...then hang on!

You have subscribed to alerts for Morris Clark.

You have been added to Morris Clark's favorite list.

You can also sign-up to receive email notifications whenever Morris Clark releases a new book.