Norman Mailer was one of the most important American writers of the post-WWII era and a leading public intellectual since the 1960s. The author of more than forty books, he is one of the most prolific American authors of the 20th century. The Castle in the Forest, last novel, was the eleventh of his books to appear on the New York Times bestseller list. His first novel, The Naked and the Dead (1948), which was on the Times list for 63 weeks, is considered to be the premier novel of WWII in the Pacific and has never gone out of print.

The cofounder and namer of The Village Voice, he has written columns for the Voice, Esquire, Commentary and Vanity Fair. His 1968 nonfiction narrative, The Armies of the Night, won the Pulitzer Prize and the National Book Award. He won a second Pulitzer for The Executioner's Song and is the only person to win Pulitzers in fiction and nonfiction. Five of his books have been nominated for National Book Awards, and he won a Lifetime
Achievement Award from the NBA Foundation in 2006.

He was President of the American Chapter of PEN from 1984 to 1985 and was a member of the American Academy of Arts and Letters from 1984 until his death in November 2007. Mailer was the father of nine children and ten grandchildren, and lived in New York and Provincetown with his sixth wife, the novelist and painter, Norris Church Mailer.

Where to find Norman Mailer online 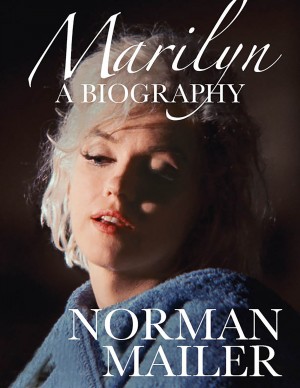 Marilyn: A Biography by Norman Mailer
Price: $4.99 USD. Words: 93,400. Language: English. Published: July 25, 2011 by Lawrence. Categories: Nonfiction » Biography » Celebrity biography
An extraordinary biography of the legendary screen star Marilyn Monroe (originally published in 1973) by Norman Mailer, one of America's most important writers of the second half of the Twentieth Century. Mailer, the winner of two Pulitzer Prizes, was the first writer to explore the relationship between Monroe and Bobby Kennedy. This book is a New York Times Best Seller.

You have subscribed to alerts for Norman Mailer.

You have been added to Norman Mailer's favorite list.

You can also sign-up to receive email notifications whenever Norman Mailer releases a new book.