Nicholas Jozaites is a screenwriter and storyteller focused on the human condition and how it affects society as a whole — good or bad. He believes there is no line that can't be crossed and no issue that is untouchable. Nicholas scratches at social sensitivities, to bring to light topics that secretly yearn to be addressed. He puts them into perspective using compelling storytelling that above all else, strives to the tell the truth.

​Under the guise of suspended realities, Nicholas craves to touch the soul of his reader and open his or her eyes to a world whizzing past us, leaving us numb and impotent. He seeks to foster courage in people to do what's right. With a little encouragement, he believes we can all flourish.

Nicholas discovered his fascination for writing at the age of seven, after he "borrowed" his sister's electronic typewriter from her dorm room and locked himself in a closet to write. He has been hiding it under his bed ever since. His first story still saved on the 16mb memory system. He holds a Bachelor’s Degree of Fine Arts in Creative Writing for Entertainment from Full Sail University. It was the first step to Nicholas mastering his craft so that he can deliver compelling, meaningful stories to the world with passion.

Where to find Nicholas Jozaites online 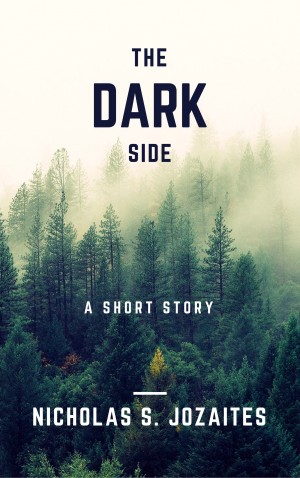 You have subscribed to alerts for Nicholas Jozaites.

You have been added to Nicholas Jozaites's favorite list.

You can also sign-up to receive email notifications whenever Nicholas Jozaites releases a new book.