Now retired from engineering, I have been writing science fiction and fantasy short stories and novels as a hobby for two decades. Born in Erie PA, my wife and I currently live in St. Mary's County, Maryland. We plan to shortly move north to Pennsylvania or New Jersey to be closer to our daughters.

What are you working on next?
When I joined Smashwords I had four novels essentially completed and more than two dozen short stories. Nothing was published. I first published many of my short stories under the cover "There Goes The Neighborhood; Earthly Fantasy/Science Fiction Short Stories." Next I published "Blue Dawn Jay of Aves". It is essentially a conventional Science Fiction novel that bird lovers will hopefully appreciate. The key characters are a giant blue jay and a human female scientist. "The Shrinking Nuts Case" novel, which has probably been the most fun to write, came next. The story is told by its inept hero Jake Simon, a private detective who finds himself involved with magical beings from another universe and with the mob. I then published "Mysteries of Goth Mountain," which involves multiple parallel universes and mythical beings. I then published "Government Men" as a sequel to "Secrets of Goth Mountain." It has everything, including nasty aliens, unicorns, dragons and a kitchen sink that was added in simply for the sake of completeness. It also includes an unlikely incarnation of the author as well as the book itself. Yes the author and the book appear within the book! How the hells do I manage that? Read it and see! Of the novels, "The Shrinking Nuts Case" and "Government Men" show the most humor; the others are slightly more serious in tone. I also published a short work on my philosophical world view and the science of my sci-fi. I most recently (July 2016) published "White Dragon's Chosen", a novel about two teenagers chosen to bond with dragons and their struggle to save the world. Next? I am half way through writing a ten-release series titled " Global Warming Fun", which follows an apparently immortal man and others who experience Earthly apocalyptic misadventures. So far I have finished five volumes of the series: two short stories, two novellas, and one full novel. Next is a "Global Warming Fun" novella that takes place in New York City 75 years from now. Ancient stone creatures and sentient ants are featured. Then there are potential sequels and sequels to sequels. Far too many story ideas; so little time. I'll do the best I can but I type using only two slow fingers and an even slower brain.
What do your fans mean to you?
Validation. I enjoy writing as an activity, but I write what I would like to read. Without someone else bothering to read it (and better yet, actually LIKING it) I haven't a clue that I have written something that makes any sense. I would like to think that I am not writing only for myself.
Read more of this interview. 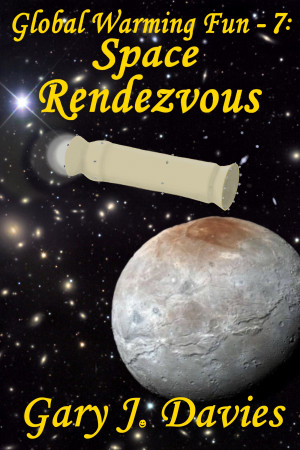 When twenty-fourth century astringed Mohawk tribe zombie Martin Tall Bear traded his Earthly prison cell for assignment in Earth’s Space Directorate, he didn’t expect a near century-long suicide mission with a formerly human woman rock-creature to beyond the outer fringes of the solar system in a robot ship, or that they would soon be trying to prevent the annihilation of all life on Earth. 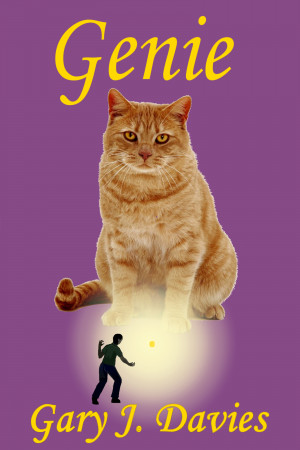 The five house cats that Harold inherited from his sister are driving him crazy. The good news is that he also inherited a magic lamp with a genie from her, so he can make a wish to ensure that his life becomes a happy one! The bad news is that the genie’s wishes don’t always work out as expected. Enjoy this short story! 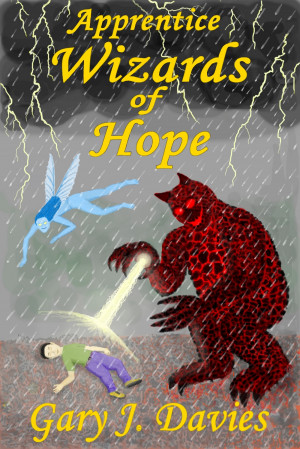 An Evil Demon murdered Ben King’s parents in the town of Hope when Ben was a small boy. Helped by a mischievous sprite and a kind old elf, Ben survived. Now eight years later his werewolf and vampire foster parents have returned Ben to Hope for him to become an Apprentice Wizard. Though he has forgotten how to use his powers, Ben and his friends will soon face apocalyptic Demons and Evil. 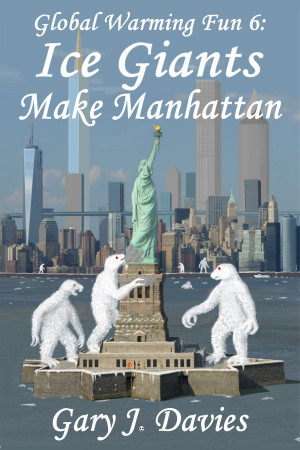 Kidnapped! In 77 years the daughter and great-great granddaughter of ageless Mohawk Chief Ed Rumsfeld have been kidnapped in Brooklyn by an unknown assailant that also tore to pieces a two-ton ice giant. While thousands of ice giants begin to remake New York City, a zombie police detective and a Stone-Coat replicate of Ed’s long dead first wife set off with Ed to find and rescue the girls. 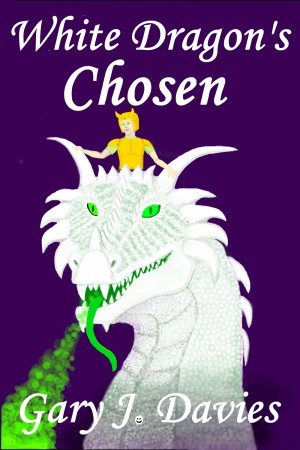 When teenager George Lock went to live with quirky Great Uncle Harry after both his parents died, he discovered that Harry's house was a fantastic treasure-trove of elf magic, and that a really cute girl lived next-door. Unfortunately there were also Evil dragons and a witch with a taste for humans, and according to the elves it was up to a White Dragon and his Chosen to stop them. 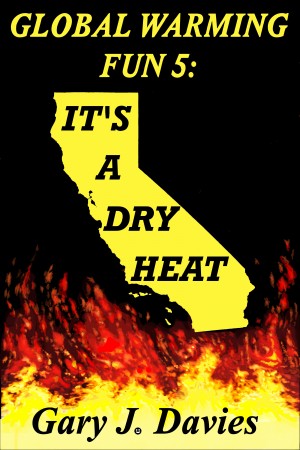 Global Warming Fun 5: It’s a Dry Heat by Gary J. Davies
Series: Global Warming Fun. Price: Free! Words: 115,920. Language: English. Published: May 3, 2016. Categories: Fiction » Science fiction » General, Fiction » Fantasy » Contemporary
In fifty years California suffers from ongoing climate change. Though it’s not the perfect time to vacation there, Ed’s aging wife Mary insists on visiting the big trees and the Pacific coastline. Given Ed’s telepathic abilities and his alliances with rock creatures and with intelligent ants that may be set on taking over the Earth, what could possibly go wrong? Full length novel! 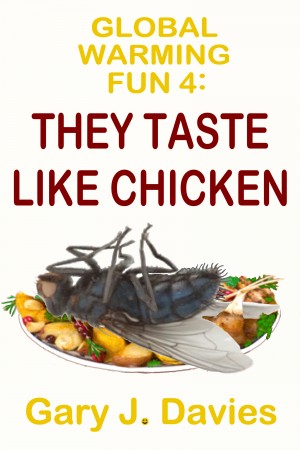 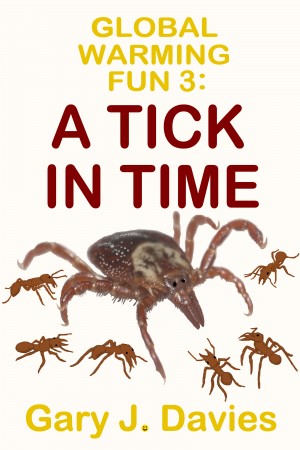 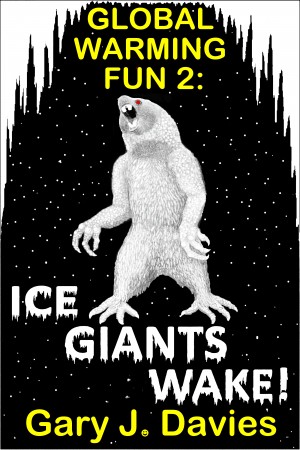 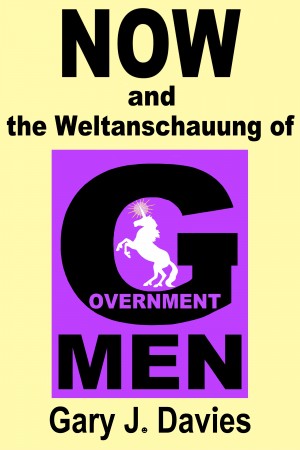 NOW and the Weltanschauung of Government Men by Gary J. Davies
Price: Free! Words: 26,640. Language: English. Published: October 3, 2014. Categories: Nonfiction » Science & Nature » Philosophy of Science, Nonfiction » Philosophy » Contemporary philosophy
In this short work the world view (Weltanschauung) of this sci-fi/fantasy author is outlined, including the concept of Now One World (NOW): the continuing big-bang event of our one universe. Focus is on physics quantum mechanics interpretation and multiverse concepts. This is contrasted with the fanciful world view of the novels Government Men and its prequel Secrets of Goth Mountain. 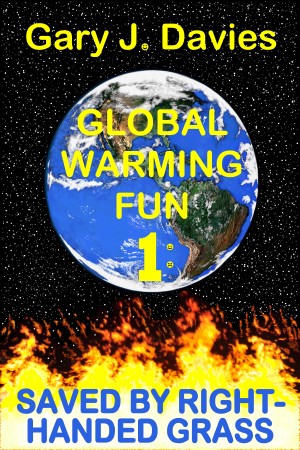 Fun? Maybe not so much! In this sci-fi/fantasy short story, hapless home-owner Ed Rumsfeld is attacked by mutant man-eating insects. Thus begins a FREE series that will chronicle an increasingly unstable world in which nasty natural, technological and mythical forces are unleashed in response to climate change and other human induced problems. 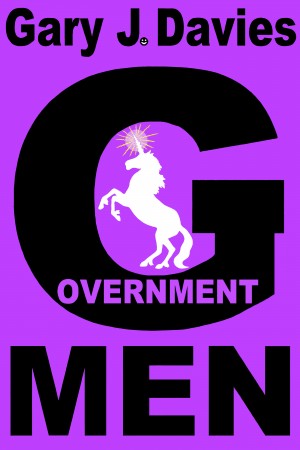 .In this epic length whimsical sequel to Secrets of Goth Mountain, an inept DOD scientist leads efforts to save Earth from an impending apocalypse set in motion by man-eating space aliens. The slightly askew Earthly setting includes mythical, supernatural, and alien players, as well as an unlikely reincarnation of the author and the book Government Men itself. Edited March 2015 re-release. 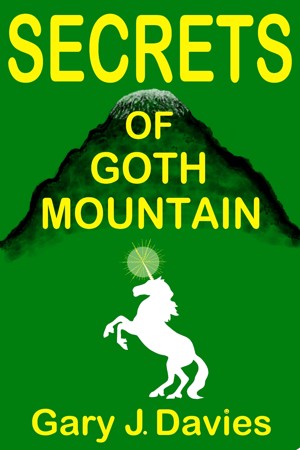 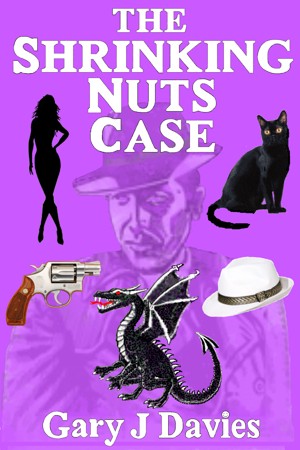 In this full length spoofy novel Jake Simon, a crude old-school private-eye that usually does divorce or lost dog work, describes a weird case. He doesn't believe in trolls, elves, magic or marriage, but that begins to change when he wakes up two-foot-six and not six-foot-two. He has a smart sexy partner and a super-rich client, but the client is missing and Jake is the number-one suspect. 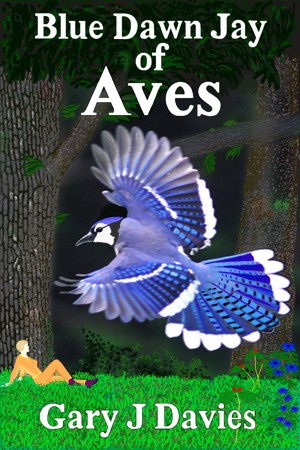 Blue Dawn Jay of Aves by Gary J. Davies
Price: Free! Words: 109,090. Language: English. Published: November 22, 2013. Categories: Fiction » Science fiction » General, Fiction » Fantasy » General
Bird and sci-fi fans! On planet Aves young Blue Dawn Jay knows nothing of the humans that are colonizing his world, a world inhabited by giant birds. Blue quests to find his missing mentor Song Flame the cardinal. Meanwhile human biologist Kate Deborg has been tasked to investigate problems on Aves. Neither is aware that the survival of both birds and humans on Aves will soon depend on them. 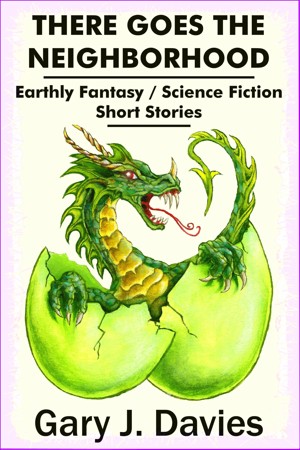 The twenty original fantasy and science fiction Twilight Zone-like short stories of this diverse collection mostly take place on contemporary Earth or some slightly futuristic or altered Earth, where a technology, ghost, dragon, demon, curse, or space-alien intrudes. Some of the stories relate to subsequent e-book novels soon to be released.

You have subscribed to alerts for Gary J. Davies.

You have been added to Gary J. Davies's favorite list.

You can also sign-up to receive email notifications whenever Gary J. Davies releases a new book.