James Hutton enjoys discussing religious matters with others, and studying his Bible. He has other interests, such as listening to classical music and learning from other non-fiction works, but they are far less important than seeking to serve God and please Him.

Where to find James Hutton online 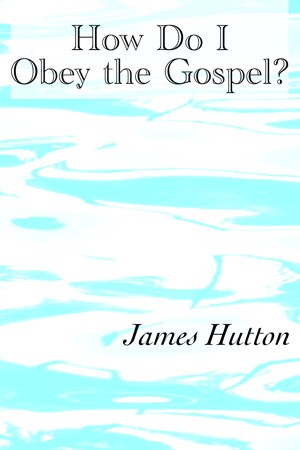 How Do I Obey the Gospel? by James Hutton
Price: Free! Words: 7,000. Language: English. Published: December 23, 2012. Categories: Nonfiction » Religion & Spirituality » Christianity
This small study book is designed to help the reader learn the plan of salvation, and how to become a Christian. Although it can be difficult to understand at first, the plan of salvation is simple. It can actually be summarized in just a few sentences. Read the book to find out more.

You have subscribed to alerts for James Hutton.

You have been added to James Hutton's favorite list.

You can also sign-up to receive email notifications whenever James Hutton releases a new book.