Pat Simmons is a self-proclaimed genealogy sleuth. She is passionate about researching her ancestors, then casting them in starring roles in her novels, in hopes of tracking down distant relatives who happen to pick up her books. She has been a genealogy enthusiast since her great-grandmother died at the young age of ninety-seven in 1988.
Pat describes the evidence of the gift of the Holy Ghost as an amazing, unforgettable, life-altering experience. She believes God is the Author who advances the stories she writes.
Pat has a B.S. in mass communications from Emerson College in Boston, Massachusetts. She has worked in various positions in radio, television, and print media for more than twenty years. Currently, she oversees the media publicity for the annual RT Booklovers Conventions.
She is the multi-published author of several single titles and eBook novellas, including the #1 Amazon best seller in God’s Word, A Christian Christmas. Her awards include Talk to Me, ranked #14 of Top Books in 2008 that Changed Lives by Black Pearls Magazine. She is a two-time recipient of the Romance Slam Jam Emma Rodgers Award for Best Inspirational Romance for Still Guilty (2010) and Crowning Glory (2011). Her beloved Jamieson men are featured in the Guilty series: Guilty of Love, Not Guilty of Love, and Still Guilty; the Jamieson Legacy series: Guilty by Association, The Guilt Trip, and Free from Guilt; the Guilty Parties: The Acquittal and The Confession (coming 2015). Given the success of the Jamieson men, Pat is elated to introduce the Carmen Sisters series: No Easy Catch, book one, followed by In Defense of Love, book two, published by Whitaker House.
In addition to researching her roots and sewing, she has been a featured speaker and workshop presenter at various venues across the country.
Pat has converted her sofa-strapped, sports fanatic husband into an amateur travel agent, untrained bodyguard, GPS-guided chauffeur, and constantly on probation as an administrative assistant. They have a son and a daughter.
Readers may learn more about Pat and her books by visiting www.patsimmons.net, Twitter, Facebook, Pinterest and LinkedIn or by contacting her at authorpatsimmons@gmail.

Where to find Pat Simmons online 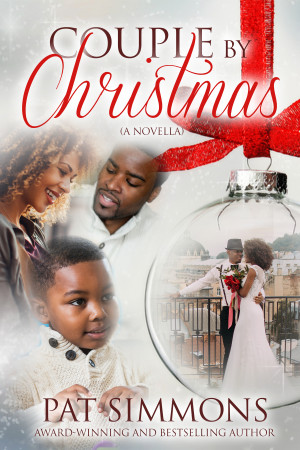 Couple By Christmas by Pat Simmons
Price: $3.99 USD. Words: 32,250. Language: English. Published: November 30, 2016. Categories: Fiction » Religious, Fiction » Christian » Romance
Holidays haven’t been the same for Derek Washington since his divorce. He and his ex-wife, Robyn, go out of their way to avoid each other. This Christmas may be different when he decides to gives his son, Tyler, the family he once had before they split. God steps in to mend broken hearts, giving them the best gift for Christmas. 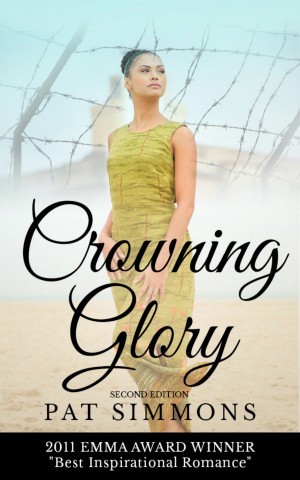 Crowning Glory by Pat Simmons
Price: $2.99 USD. Words: 88,790. Language: American English. Published: May 2, 2016. Categories: Fiction » Romance » Clean & wholesome
Voted Best Inspirational Romance of the Year (2011), Crowning Glory is about second chances at love. Cinderella had a prince; Karyn Wallace has a King. While Karyn served four years in prison for an unthinkable crime, Levi Tolliver was a victim of crime after losing his wife in a botched robbery. Can the two find true love? The happy ending will make you cheer. 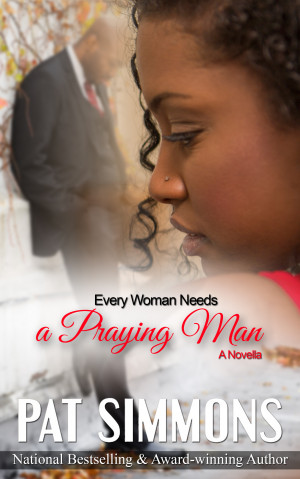 Every Woman Needs A Praying Man by Pat Simmons
Price: $3.99 USD. Words: 42,010. Language: English. Published: March 19, 2016. Categories: Fiction » African American fiction » Christian, Fiction » Romance » Contemporary
First impressions can make or break a business deal. They definitely could be a relationship buster, but an ill-timed panic attack draws two strangers together. Unlike firefighters who run into danger, instincts tell businessman Tyson Graham to head the other way as fast as he can when he meets a certain damsel in distress. Days later, the same woman struts through his door for a job interview. 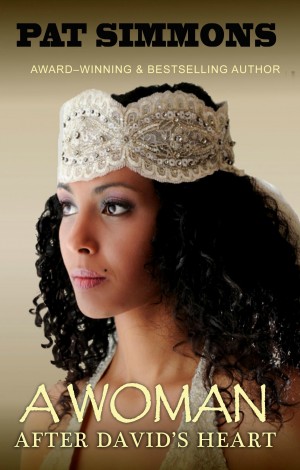 A Woman After David's Heart (Book #2 Andersen Brothers series) by Pat Simmons
Price: $3.99 USD. Words: 36,510. Language: English. Published: February 15, 2016. Categories: Fiction » Romance » Clean & wholesome
For the past two years and counting, Valerie Hart hasn’t been the recipient of a romantic Valentine’s Day dinner invitation. To fill the void, Valerie keeps herself busy with God’s business, hoping the Lord will send her perfect mate soon. Unfortunately, with no prospects in sight, it looks like that won’t happen again this year. 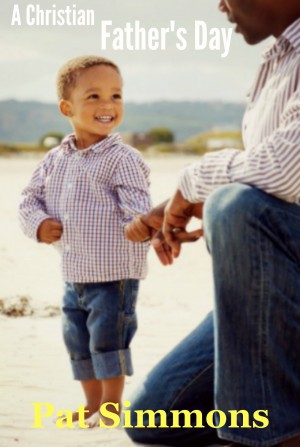 A Christian Father's Day by Pat Simmons
Price: $0.99 USD. Words: 23,930. Language: English. Published: June 29, 2015. Categories: Fiction » Christian » Contemporary
One Father’s Day, three fathers, and four children. Will the real dad, please stand up? It’s never too late to be a father—or is it? Christian Andersen is looking forward to spending his first Father’s Day with his blended family. But Father’s Day becomes more complicated than Christian or Joy, his wife, could have ever imagined, when the biological fathers of his adopted children shows up, 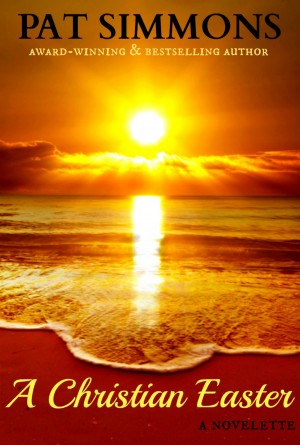 A Christian Easter by Pat Simmons
Price: $0.99 USD. Words: 12,200. Language: English. Published: June 29, 2015. Categories: Fiction » Christian » Contemporary
How to celebrate a Christ-centered Easter becomes a balancing act for Christian and Joy Andersen and their four children. Chocolate bunnies, colorful stuffed baskets and flashy fashion shows are their competition. Despite the enticements, Christian refuses to succumb without a fight. 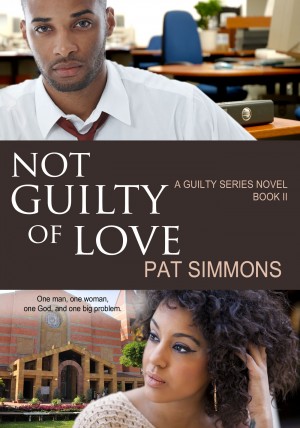 Not Guilty of Love by Pat Simmons
Price: $2.99 USD. Words: 84,070. Language: English. Published: June 15, 2015. Categories: Fiction » Inspirational, Fiction » Romance » Clean & wholesome
One man, one woman, one God, and one big problem. Malcolm Jamieson wasn’t the man who got away, but the man God instructed Hallison Dinkins to set free. Instead of their explosive love affair leading them to the wedding altar, God diverted Hallison to the prayer altar during her first visit back to church in years. 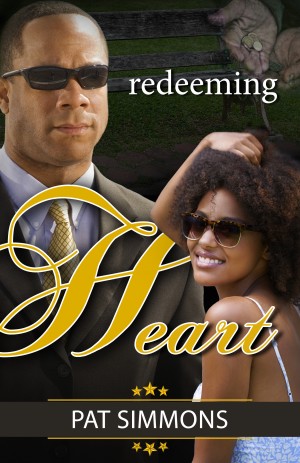 Redeeming Heart by Pat Simmons
Price: $4.99 USD. Words: 59,780. Language: English. Published: May 4, 2015. Categories: Fiction » African American fiction » Romance, Fiction » Christian » Romance
Landon Thomas brings a new definition to the word “prodigal,” as in prodigal son, brother or anything else imaginable. It’s a good thing that God’s love covers a multitude of sins, but He isn’t letting Landon off easy. Real Estate Agent Octavia Winston is not about to compromise when it comes to a Christian mate, so why did God send a homeless man to steal her heart? 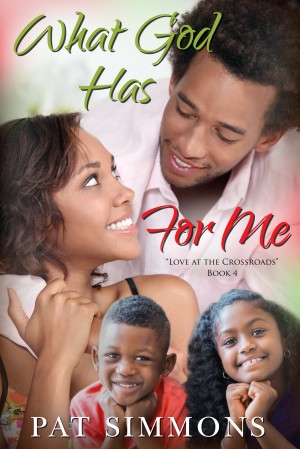 What God Has For Me by Pat Simmons
Price: $3.99 USD. Words: 38,350. Language: English. Published: September 25, 2014. Categories: Fiction » African American fiction » Christian, Fiction » Romance » Contemporary
Tired of waiting for a wedding ring, Halcyon Holland is leaving her live-in boyfriend, taking their children with her. But what one man won’t cherish, Zachary Bishop is ready to treasure. As far as her adorable children are concerned, Zachary’s love is unconditional for a ready-made family. Halcyon will soon learn what God has for her, is for her. 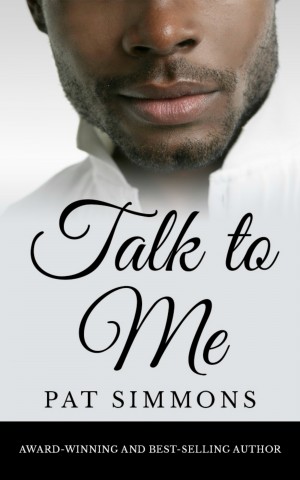 Talk to Me (A Love Story in Any Language) by Pat Simmons
Price: $2.99 USD. Words: 94,750. Language: English. Published: September 2, 2014. Categories: Fiction » African American fiction » Romance, Fiction » Inspirational
CEO Noel Richardson seems perfect from his looks, degrees and money. He is also deaf as a result of a fireworks explosion. Noel is blind-sighted by a graceful Deaf interpreter. Mackenzie Norton accepts him as he navigates between the hearing and Deaf community. That is until their church has a revival, which includes a healing service. Faith comes by hearing, and whose voice does Noel hear? 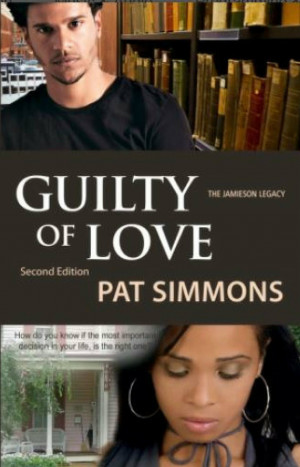 When do you know the most important decision of your life is the right one? Reaping the seeds from what she's sown; Cheney Reynolds moves into a historic neighborhood in Missouri, and becomes a reclusive. But two annoying won't give her peace. One is Parke Kokumuo Jamison VI, a direct descendant of a royal African tribe. Complete opposites do attract. Unwittingly, they are drawn to each other. 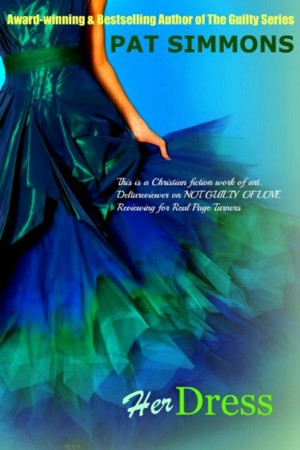 Her Dress by Pat Simmons
Price: $0.99 USD. Words: 21,770. Language: English. Published: February 22, 2013. Categories: Fiction » African American fiction » Romance, Fiction » Christian » Romance
After splurging on a one-of-a-kind evening dress, Pepper Trudeau hopes to dazzle the crowd at a St. Louis soiree. With her hair in place and makeup polished, Pepper stands confident, at least steady, in her ridiculous stilettos as she heads out the door—dateless. Her Dress is a romantic novella about a woman who soon learns there is no price tag on love. 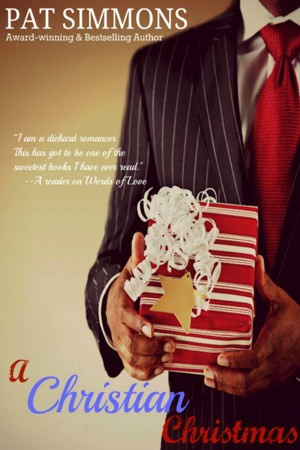 A Christian Christmas (Book #1 Andersen Brothers series) by Pat Simmons
Price: $1.99 USD. Words: 30,410. Language: English. Published: February 7, 2013. Categories: Fiction » African American fiction » Christian, Fiction » Christian » Romance
Christmas will never be the same for Joy Knight if Christian Andersen has his way. Not to be confused with a secret Santa, Christian and his family are busier than Santa's elves making sure the Lord's blessings are distributed to those less fortunate by Christmas day. Joy is playing the hand that life dealt her, rearing four children in a home that is on the brink of foreclosure. 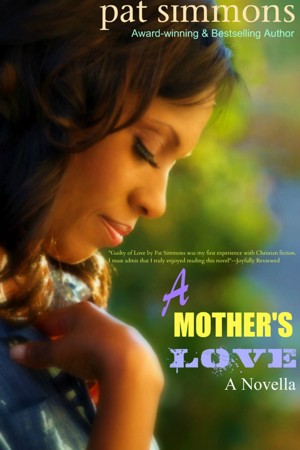 Jillian Carter's life is about to change drastically. Her daughter, Shana, is beating her to the altar after falling in love with her soul mate. It's an experience Jillian knows nothing about. Confusing lust one summer, Jillian found herself as an unwed teenage mother. Suddenly, things become very interesting when two unexpected men vye for her affections.

You have subscribed to alerts for Pat Simmons.

You have been added to Pat Simmons's favorite list.

You can also sign-up to receive email notifications whenever Pat Simmons releases a new book.