In my forty something years I have generated a very broad set of experiences and interests, but through it all, I have always read. It seems that at times it is harder to find books that enthrall me, although admittedly I am behind on my reading, so I decided to start writing the kind of stories I'd want to read.

I have always had stories in my head, they intrude at the strangest times. At some point, I discovered that when I took the time to write them down, more stories kept pouring out. There are so many ideas I have, it seems like there won't be enough time to get to them all. I'm starting with one story, in one particular style. But other stories, in different styles are coming. Stay tuned.

My goal in writing is above all to entertain.

Thank you in advance for giving me that opportunity. 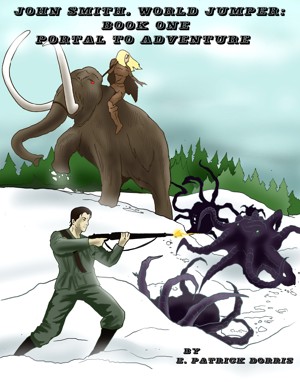 Waking, hospitalized with amnesia during World War I, "John Smith" quickly realizes he is not like other men. John can travel to parallel worlds, seemingly through the power of his own mind. In this first serial, he not only learns of his power when it is triggered in the stress of combat, but visits an Earth still trapped in an ice age.

You have subscribed to alerts for E. Patrick Dorris.

You have been added to E. Patrick Dorris's favorite list.

You can also sign-up to receive email notifications whenever E. Patrick Dorris releases a new book.