Some call him the portuguese Bukowski (only his mom), most call him a talentless and pretentious idiot, but he likes to see himself as just a pretty face with glasses, an ordinary “Joe” that rambles with his pen, while drinking and breathing booze. No awards were ever won by this schmuck, and probably will never be, however he lacks no illusions.

Now that I got this out of my system, Pedro A. Ribeiro was born in a portuguese small town, Marco de Canaveses where he lived until his adulthood, when he went to college in the second largest city Porto. His professional path in Logistics, led him to live in what he calls his second home town, Leça da Palmeira, from where he draws most of his inspiration, his reflections on life, the sea breeze has that effect on him. Still trying to find his voice as a writer, he finds time to also read, listen to music and play it on his guitar and piano. Lives with his lovingly muse Sofia, and their devilish cat Loki.

Where to find Pedro A. Ribeiro online 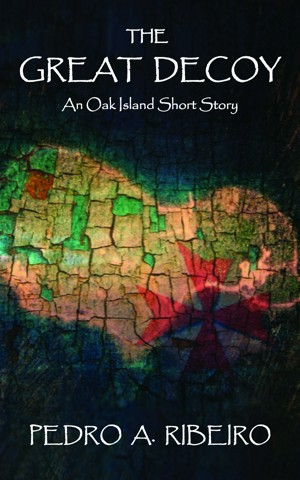 The Great Decoy: An Oak Island Short Story by Pedro A. Ribeiro
Price: $0.99 USD. Words: 21,610. Language: English. Published: September 9, 2020. Categories: Fiction » Adventure » General, Fiction » Humor & comedy » General
For two centuries, Oak Island has been surrounded by mystery, and became over the time, one of humanity's greatest obsessions. Many men sacrificed their time, their fortunes, digging and searching there, on the Money Pit. After all, if an island has all those flood tunnels, trapdoors, booby traps, it means something is there.

You have subscribed to Smashwords Alerts new release notifications for Pedro A. Ribeiro.

You have been added to Pedro A. Ribeiro's favorite list.

You can also sign-up to receive email notifications whenever Pedro A. Ribeiro releases a new book.