Laura Lam was raised near San Francisco, California, by two former Haight-Ashbury hippies. Both of them encouraged her to finger-paint to her heart’s desire, colour outside of the lines, and consider the library a second home. This led to an overabundance of daydreams.

She relocated to Scotland to be with her husband, whom she met on the internet when he insulted her taste in books. She almost blocked him but is glad she didn’t. At times she misses the sunshine.

PANTOMIME was released February 2013 through Strange Chemistry, the YA imprint of Angry Robot Books, and is a winner of the Bisexual Award, is a Top Ten Title for the 2014 American Library Association Rainbow List, as well as being nominated for other awards. The sequel, SHADOWPLAY, followed in January 2014, and is also an ALA Rainbow List nominee. Her next book is FALSE HEARTS, a near-future thriller coming from Macmillan/Tor in hardback in June 2016.

Where to find Laura Ambrose online 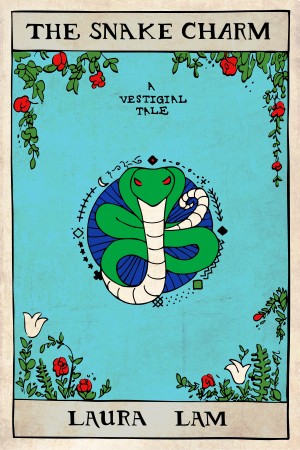 You have subscribed to alerts for Laura Ambrose.

You have been added to Laura Ambrose's favorite list.

You can also sign-up to receive email notifications whenever Laura Ambrose releases a new book.