I was brought up on a small farm in Dumfriesshire, Scotland. I went to school at Lockerbie Academy and studied medicine at Edinburgh University.
While I was working as a general practitioner in Fife, my husband and I had the opportunity to lead a team of medical volunteers to the Amazon jungle of Peru. This was the first UK medical team that The Vine Trust charity sent out to work on their vessel, Amazon Hope. The medical team delivered primary health and dental care to the villagers on the banks of the river Amazon.
The three-week trip to Peru had a huge effect on me. I resigned from my medical practice and became the volunteer Medical Director of the Vine Trust. Over the next two years, my husband and I worked, with others, to develop and promote the Amazon Hope Medical and Dental Project. (See www.vinetrust.org)
It was while in Peru that I first came across street children and learnt of their struggle for survival. I began to understand the factors responsible for their ever increasing numbers worldwide. Deeply shocked, I discovered that not only did the children have to contend with hunger and disease, but also the cruelties and abuses of adults and the authorities.
I am retired from medicine now and enjoy living in the countryside in Angus, Scotland. Writing has become my new profession, especially fiction that highlights some of the world’s injustices. The sequel to ‘The Dead Don’t Hurt Us’ is almost complete and should be published later this year.
Profits from the sale of the novel go to street children’s charities.

Where to find Pam Cairns online 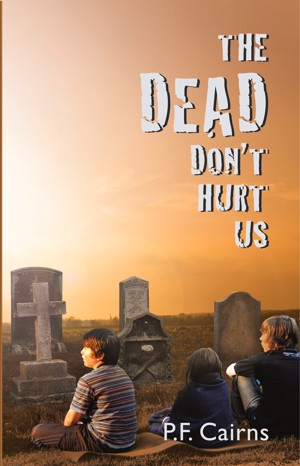 The Dead Don't Hurt Us by Pam Cairns
Price: $5.99 USD. Words: 78,820. Language: English. Published: February 6, 2013. Categories: Fiction » Adventure » General, Fiction » Christian » Contemporary
Two children are the only survivors of an aircraft disaster in Amazon rainforest. Tim and his sister Katie experience the hardships of jungle life, encountering witch doctors and cocaine smugglers. How will they survive? Who will help them?

You have subscribed to alerts for Pam Cairns.

You have been added to Pam Cairns's favorite list.

You can also sign-up to receive email notifications whenever Pam Cairns releases a new book.