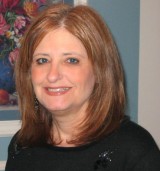 I taught various subjects at a Continuation High School in Los Angeles, California for 27 years. I obtained a Bachelor’s of Arts Degree in history, Secondary Social Science Credential and a Master’s Degree in Secondary Reading and Secondary Education from California State University, Long Beach. I also enrolled in some creative writing classes at UCLA.

Where to find Brina Brady online

You have subscribed to alerts for Brina Brady.

You have been added to Brina Brady's favorite list.

You can also sign-up to receive email notifications whenever Brina Brady releases a new book.