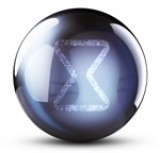 Christopher D. Morgan is an author, blogger, IT Manager, graphics artist, businessman, volunteer and family man living in Melbourne, Australia. Much of his time is spent volunteering for his local community. He creates visual learning resources for primary school children, which are marketed through his company Bounce Learning Kids. He is also involved in local civics and sits on various community & council committees.

Christopher was born in the UK and grew up in England’s South East. At age 20, he moved to The Netherlands, where he married Sandy, his wife of 28 years. Christopher quickly learned Dutch and the couple spent 8 years living in the far South of that country before they moved to Florida in 1996. After spending 7 years in Florida, Christopher and Sandy sold their home and spent the next 2 years backpacking around the world. Christopher has visited around 40 countries to date.

Whilst circumnavigating the globe, Christopher wrote extensively, churning out travel journals. He and Sandy settled back in the UK at the end of their world tour, where their two children were both born. In 2009, the family moved to Melbourne, Australia, where they now live.

FORESTIUM is Christopher’s debut novel and is the first in the PORTALLAS series.

What is the greatest joy of writing for you?
I visit many different schools to deliver author presentations. The best part about writing for me has to be the gratification of seeing the lights in children's eyes light up when I talk to them about my stories. One of those children may be inspired to go on to write something truly amazing. If I could play even just a small part in inspiring the next Charles Dickens, Roald Dahl or JK Rowling, then my entire writing career will have been a success.
What do your fans mean to you?
Everything. Interacting with fans is like oxygen for me. The age range of my fans is quite broad but children in particular are a constant source of encouragement and inspiration to me.
Read more of this interview.

You have subscribed to Smashwords Alerts new release notifications for Christopher D. Morgan.

You have been added to Christopher D. Morgan's favorite list.

You can also sign-up to receive email notifications whenever Christopher D. Morgan releases a new book.