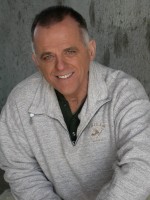 When I was seven years old I drowned in the Maumee river. I wandered off into deep water and after a brief struggle sank to the bottom. Two things I discovered, drowning is desperate and painful, but dying is lovely. After the struggle, I remember leaving my body and looking down upon it, lying still, emptied out, curved in a fetal position at the bottom of the river, and I thought, hey, this feels good! I don't mean "good" as in ice-cream good, but good like all the good in the universe. Then my father brought my body to the surface and I stepped back inside it. Had I been given a choice I would still be out there, riding the wind. I left the Maumee River and eventually found my way to Hollywood where I became an actor and played bad guys for a number of years while also writing scripts for low budget movies. I'm old, now, but still run and lift weights. I play golf and shoot in the low 80's. I still root for the Cleveland Indians, an exercise in futility. Lost causes keep us young and angry. My wife supplies me with love and nutrition, and gives me the best reason for living. It is for her that I do anything that might be deemed worthwhile. I write simply because I love doing it. I am a mutt of German, Native American and Irish descent, so genetically speaking, I suppose I am a natural born story-teller. I remember my 7th grade English teacher, the ravishingly beautiful Mrs. Hintz, telling me I could write, giving me a sense of my own worth, and permission to be something other than what I was. Bless the teachers. 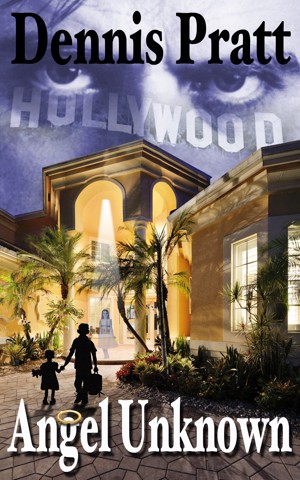 Angel Unknown by Dennis Pratt
Price: $2.99 USD. Words: 64,550. Language: English. Published: January 28, 2014. Categories: Fiction » Plays & Screenplays » American
a mentally challenged boy experiences the supernatural as he braves countless dangers, including a serial killer, to take his critically ill sister on an odyssey across the country to find dr. ned, a television character who the boy believes is the only man alive able to save his sister.

You have subscribed to alerts for Dennis Pratt.

You have been added to Dennis Pratt's favorite list.

You can also sign-up to receive email notifications whenever Dennis Pratt releases a new book.