Christopher Alan Broadstone is the author of the macabre-thriller PUZZLEMAN. His novella A CATCH IN TIME (a dark alternative-history thriller) is now available on all eBook platforms and in trade paperback on Amazon and from Texas POĒtrope @ www.poetrope.com; the relative short film, A CATCH IN TIME: CHAPTER ONE is now available on the HUMAN NO MORE Blu-ray. SUICIDE THE HARD WAY: AND OTHER TALES FROM THE INNERZONE is an in-depth collection of Brodastone's never-before-released short stories, screenplays, and lyrics/poetry. Currently, he is completing his second macabre-thriller novel, HEATHER'S TREEHOUSE (due Summer 2022) and a new collection of short stories (and more) titled NOTES-TO-SELF: ACCUMULATED THOUGHTS, TRANSFERRED INTO WORD FORM (due Christmas 2021). Also, Broadstone has just released his first feature film HUMAN NO MORE, now available on Blu-ray from Amazon and at Texas POĒtrope––Books, Films, Music. Please find Texas POĒtrope @ www.poetrope.com 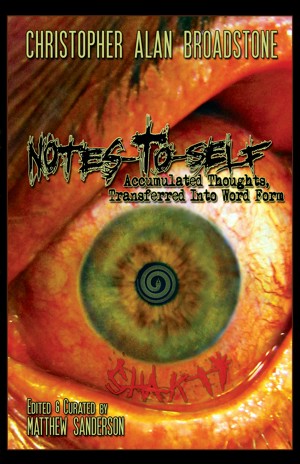 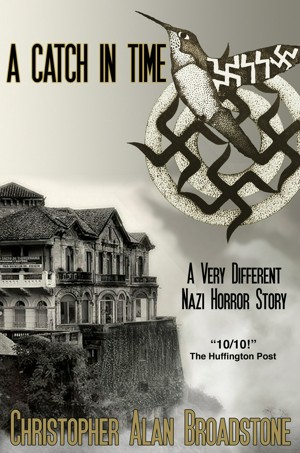 A Catch In Time: A Macabre Novella & Short Stories by Christopher Alan Broadstone
Price: $2.99 USD. Words: 57,810. Language: English. Published: September 26, 2021. Categories: Fiction » Horror » Weird fiction, Fiction » Horror » General
If you love POE, BARKER and THE TWILIGHT ZONE, you'll love “A CATCH IN TIME“! Weaving together psychological horror and alternative history with theater of the absurd, A CATCH IN TIME is a macabre yet genre-defying novella by dark fantasist Christopher Alan Broadstone. After you fall into A CATCH IN TIME, World War II and the demise of the Third Reich will never look quite the same again. 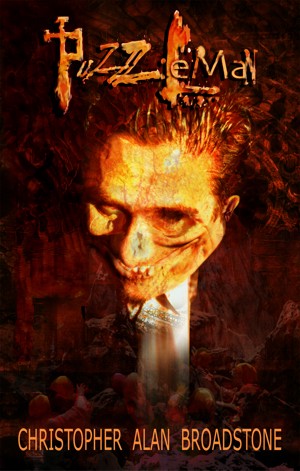 Puzzleman: A Macabre Thriller by Christopher Alan Broadstone
Price: $4.99 USD. Words: 113,640. Language: English. Published: August 24, 2021. Categories: Fiction » Horror » General, Fiction » Horror » Weird fiction
If you love POE, BARKER and THE TWILIGHT ZONE, you'll love “PUZZLEMAN”! Fall into a world of Grumemonsters––hideous zombie-like creatures that thrive in a living hell created by the Puzzleman––where no one is sane down a drain, and down a drain no one is sane. Welcome to the Pipeworld. Welcome to truth and eternity. 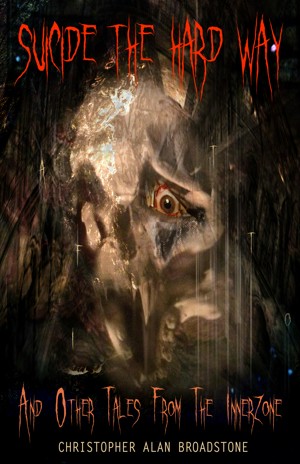 Suicide The Hard Way: And Other Tales From The Innerzone by Christopher Alan Broadstone
Price: $3.99 USD. Words: 90,190. Language: English. Published: August 18, 2021. Categories: Fiction » Horror » Weird fiction, Fiction » Thriller & suspense » Supernatural
SUICIDE THE HARD WAY collects the macabre short stories, screenplays, and lyrics of C.A. BROADSTONE, horror filmmaker (HUMAN NO MORE) and novelist (PUZZLEMAN). Within Broadstone's words we become lost, meandering onto backstreets and alleyways––stumbling through the grim reality of introspection that always leads to a terrifying, nihilistic, and often brutal look into the soul: the Innerzone.

You have subscribed to alerts for Christopher Alan Broadstone.

You have been added to Christopher Alan Broadstone's favorite list.

You can also sign-up to receive email notifications whenever Christopher Alan Broadstone releases a new book.