Biography:
At 5:23 AM on October the 18th 1980 C.E. 45◦ x 43◦ longitude, Andre Bertolino was born foot first, because he’s not a head first kind of guy. He was blue when he entered this world, and then he died. Dr. Thothmos called it “S.I.D.S.” and brought him back to life, because it would make Oneida hospital look bad if people died there for no apparent reason, other than a meaningless acronym. Also it was a matter of national security. American children are an asset, who else is going to fight our wars for us? Many ancient cultures would have just let Andre die, saying “this kid is obviously never going to fight our wars for us, he dies way too easy!”
Andre has always loved food. His first word was, “cookie.” Not “mom” or “dad” or “baba.” His second word was, “Ma”, short for the Hebrew word for soup, Marrer. Andre reads ancient Hebrew at a second grade level. In most other areas he was a perfectly normal Earth born human child. Now he is 35 years old and six feet tall. He has won many awards, including the prestigious “employee of the month award.” He is composed of enough water to fill a ten gallon barrel, sufficient fat for seven cakes of soap, enough carbon for nine thousand pencils, enough phosphorus to make twenty thousand match heads, plenty of magnesium for one dose of salts, enough iron to make one medium sized nail. Ample lime to whitewash a chicken coop and an adequate amount of Sulfur to rid one dog of fleas. He lives & “works” in Concord N.H.

Where to find Andre Bertolino online 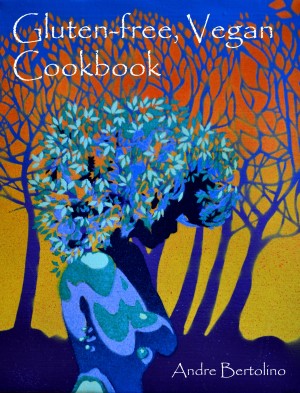 You have subscribed to alerts for Andre Bertolino.

You have been added to Andre Bertolino's favorite list.

You can also sign-up to receive email notifications whenever Andre Bertolino releases a new book.