Rachel was born in Buffalo, NY but grew up in Burlington, NC. Raised by northern parents in the south, she likes to say she got the best of both worlds. Her writing is inspired by classic authors like Jane Austen and Charles Dickens, as well as contemporary ones like JK Rowling and Claire LaZebnik. She loves to read and has been known to spend an entire weekend engrossed in the adventures of her favorite characters.

Where did you grow up, and how did this influence your writing?
I grew up in Burlington, NC. It's a small city, but it's constantly growing. It's also close to a lot of larger cities: Greensboro, Chapel Hill, Raleigh-Durham.

I grew up in the South, but I was born in the North - in Buffalo. My parents were thorough Yankees when I was growing up. It took a long time for them to stop calling soda "pop" and to admit "ya'll" is a word. I think I got the best of both worlds. The south has better accents and food, but the north has better weather (I hate the heat) and sports teams.
When did you first start writing?
I wrote when I was younger - silly little poems and I was constantly journaling, but I never thought of myself as a writer, really. It wasn't until about 5 years ago that I thought about it seriously as a career trajectory. I was 24. I was living with my parents. I hated my crappy, dead-end job. So I started writing about it. And I haven't stopped. Now I'm 29, living on my own, in a job I love, with writing on the side.
Read more of this interview. 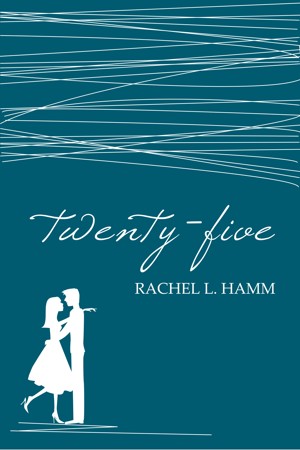 Twenty-Five by Rachel L. Hamm
Price: $3.99 USD. Words: 96,450. Language: English. Published: September 30, 2013. Categories: Fiction » Romance » Contemporary, Fiction » Women's fiction » Chick lit
Abigail is sure her life is going nowhere when she realizes she hasn't done anything on a list of goals she made as a teenager. Ben is looking to find "the one" after his last girlfriend cheated. When they crash into each other, it appears they've found exactly what they wanted. When Abigail is offered a job overseas, they'll discover even true love can find itself separated by time and distance.

You have subscribed to Smashwords Alerts new release notifications for Rachel L. Hamm.

You have been added to Rachel L. Hamm's favorite list.

You can also sign-up to receive email notifications whenever Rachel L. Hamm releases a new book.