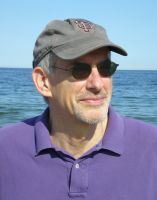 I live in two worlds. Years ago, in the first one, I served as counsel to the Senate Intelligence Committee overseeing the secret world of the CIA, NSA, and other clandestine three-lettered agencies. I worked on legislation with Senators Biden (as he was then), Kennedy, Goldwater, and Bayh. One of our statutes regulated national security wiretapping (which worked pretty well until the Bush administration chose to ignore it) and another gave prosecutors the tools they needed to send spies and rogue agents to prison.

Filled with youthful idealism, I left the Senate and came back home to California to run for Congress. How did that go? Well, I compare the experience to jumping out of an airplane without a parachute. No matter how much fun the ride was, what you remember is the ending. Splat. I lost. Somehow, even as a failed congressional candidate, I managed to talk myself into a job working for the CEO of a hot Silicon Valley high tech firm.

I suppose if you’re from Southern California you can’t resist writing a screenplay. Well, the equivalent compulsion up here in Silicon Valley is starting a company. So that’s what I did next. UpShot Corporation was a pioneer in “cloud computing,” providing software that lives in cyberspace rather than on the user’s PC. I even hold a patent for our graphic user interface. (Not bad for a history major!) In 2003 we sold the company to Siebel Corporation which, in the way of the Valley, was swallowed up itself by Oracle a year later. Encouraged by the success of my first book, Dot Dead, I threw over the corporate job and started writing full-time.

Now let’s talk about the second world I live in. When I was a boy, I adored the Mars books by Edgar Rice Burroughs. In them John Carter is transported from a cave in Arizona to the Red Planet where he beats all comers in swordplay, wins the heart of a princess, and sets off on countless adventures. Something similar happens to me when I sit down with my laptop at the local café. As my hands start moving across the keyboard, I become Ian Michaels who hunts down a murderer, fends off a ruthless billionaire, and uncovers scientific fraud. Like Carter, I am someone who pits his own smarts and resourcefulness against life-or-death threats. But unlike Carter who spends years in each stint on Mars, after five hours or so, the spell wears off and I am again Keith Raffel of Palo Alto, California. The pull of the second world is strong though, and I return there day after day until another book is done.

Where to find Keith Raffel online 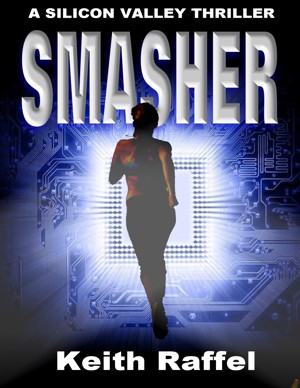 Smasher: A Silicon Valley Thriller by Keith Raffel
Price: $2.99 USD. Words: 68,150. Language: English. Published: May 25, 2011. Categories: Fiction » Thriller & suspense » General
As Accelenet CEO Ian Michaels battles a ruthless Silicon Valley billionaire for control of his company, his wife, deputy D.A. Rowena Goldberg, is targeted for death by an unknown assassin. Michaels must use his brains and business acumen to navigate a deadly trail of corporate and academic hostility, greed, and revenge as he races to find the assailant.

You have subscribed to alerts for Keith Raffel.

You have been added to Keith Raffel's favorite list.

You can also sign-up to receive email notifications whenever Keith Raffel releases a new book.